Time Traveling Punk Pleas With Younger Self to Sell Out 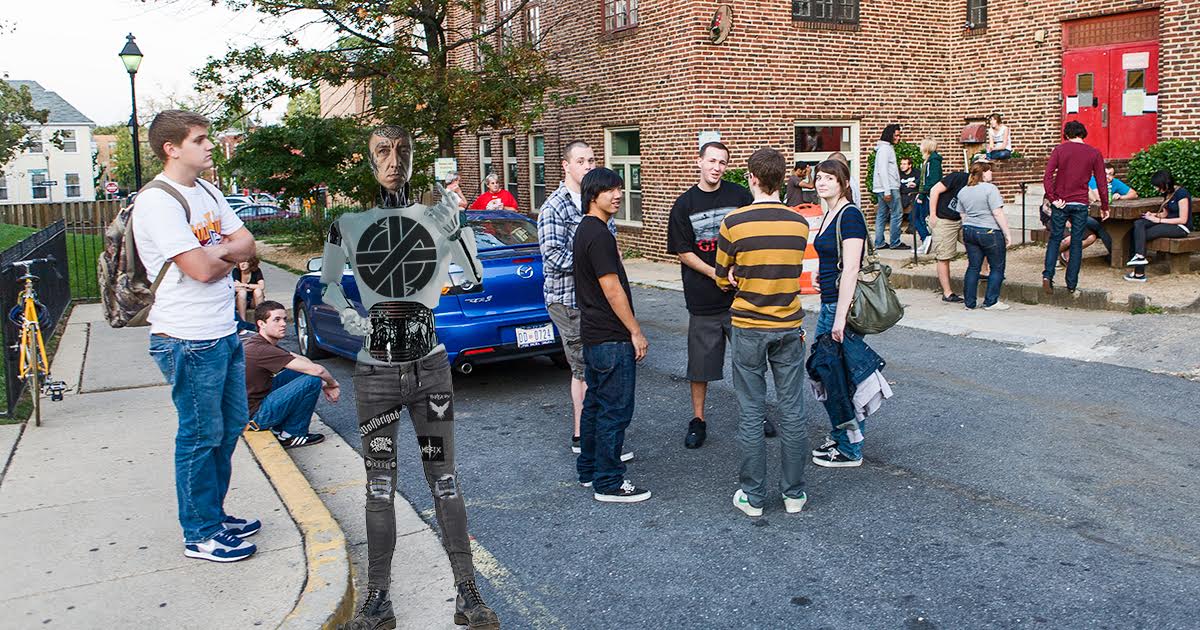 KALAMAZOO, MI – Local musician Danny Ramsey was visited by a futuristic, cyborg version of himself this week, who reportedly made a trip backwards through the time space continuum to implore him to make more financially inspired decisions with his band, The Dirtz.

“Yo guys, real quick — we need to talk about something as a band,” Ramsey said upon arriving at practice. “I met future me outside the show last night and he said we need to do things differently. He was fading in and out of this universe, but kept yelling that we need to sell out as fast and hard as we can. He didn’t look so hot either you guys. He looked like a crust punk fucked a pile of scrap metal.”

Ramsey was instructed by his future self to improve the band’s marketability by doing things like taking paying gigs and making non-limited, non-shitty merchandise. The mysterious and malnourished plane-shifter also urged him to look into soundtrack opportunities. “Your cousin! Who works for EA! Next year’s Madden!,” Cyborg Ramsey reportedly shouted in between bright flashes of electric currents summoning him back to his own dimension.

“Are you sure that was you Danny?” asked a reportedly unconvinced drummer Tommy “Baby” Lindbergh. “That sure don’t sound like you. A lot of guys have Black Flag tattoos ya know?”

“Definitely me,” Ramsey said, according to a source close to the conversation. “He knew right where my squat was. But I told him to fuck off and that nothing could be worse than selling out. He just screamed something about being 43 and having college kids cut your mohawk. Then he wept a lot. It got weird.”

“He also said to be nicer to people that aren’t vegan,” Ramsey continued. “And that I wouldn’t be in a few years. Then he went through the garbage and started grabbing empty High Life cans and cigarette butts and putting them into his backpack. I asked him if he needed them for fuel to get back home and he said he didn’t know what I was talking about.”