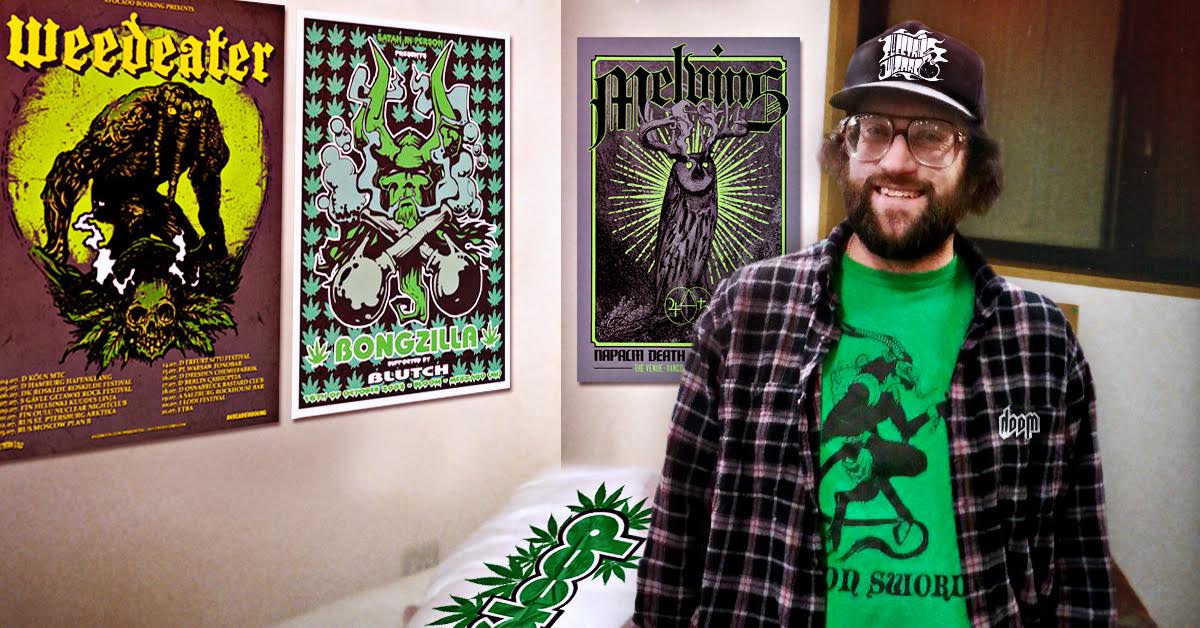 COLORADO SPRINGS, Colo. – Stoner metal fan Paul Garry is finding that after years of listening to stoner metal almost every day, sometimes multiple times a day, he now needs to listen to more and more to get the same effect.

“I would say it all started when a friend introduced me to Electric Wizard when I was about 16,” said Garry, while reclining in a beanbag chair. “I remember being blown away. It was like a full body feeling. I mean, most people start off with something a little lighter like Sabbath, but I got thrown into the heavy stuff right away.”

Garry’s intake of all things stoner metal only increased from that point forward. “It started out casually enough,” said Garry, a black light poster of a stylized goat with human breasts in the background. “I would come home and throw on some Bongzilla just to relax. But soon I was listening to Sleep before going to bed, and before long, High On Fire first thing in the morning. Now I’ve got to listen to Orange Goblin for like half an hour to feel anything.”

It didn’t take long for Garry’s friends to start noticing it was getting out of hand. “About 6 months ago, any time we got in his car we’d have to listen to at least 10 minutes of Bongripper at full blast, and we couldn’t roll the windows down or we’d be ‘letting it out,’” said Garry’s close friend Elizabeth Pauly. “He started to experiment with psychedelics like Blue Cheer and Sir Lord Baltimore, but it just made him paranoid. He even bought expensive new headphones to try and enhance the experience, but he keeps needing more.”

Garry, however, has a plan to recapture the old feelings. “When I was 17 I took about a week off from listening to Eyehategod and listened to some Youth of Today and Minor Threat as a palate cleanser,” said Garry. “I remember when I went back to stoner metal, it was like everything was new. I think I’ll take a month off this time to build up my tolerance again and see what happens.”