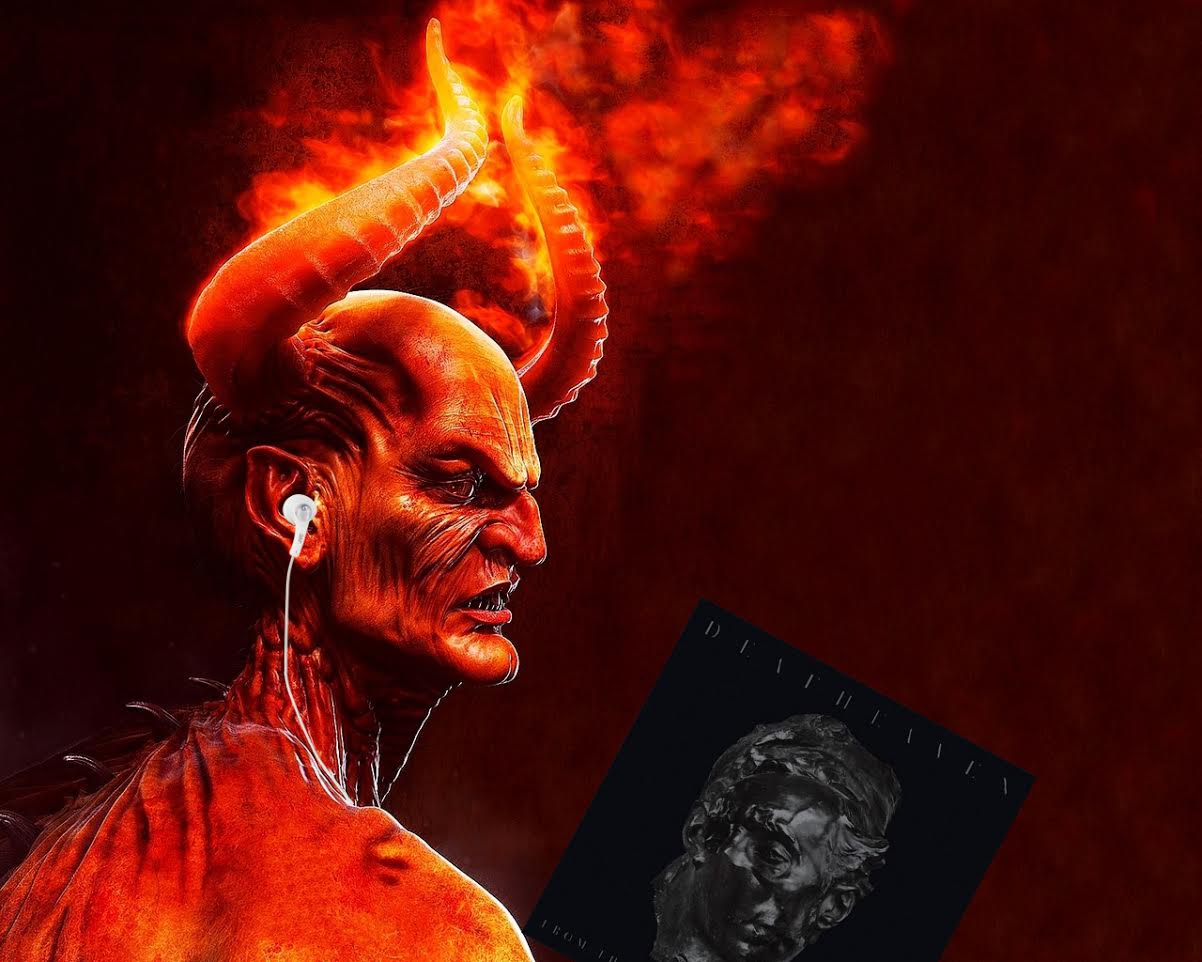 HELL – Lucifer, the Prince of Darkness and Ruler of All Things Evil, is reportedly unimpressed with what he called, “the lackluster state of current metal.”

The Dark Lord has reportedly spent long hours on his Macbook Air trying to find an active metal band that actually excites him to no avail.

“I do my best work with a good sound track, but all these current bands are terrible. It has been years since a teenager committed suicide because of a backwards message in a song, that is unacceptable,” said Satan lackadaisically sifting through a stack of promotional albums sent to his home address in Hades. “Did you know there hasn’t been one ritual sacrifice committed by a metalhead in my name since 1992? Pathetic.”

Many experts believe the lack of a transformative satanic element in modern metal music can be attributed to the music industry itself.

“Lots of these bands, for lack of a better term, are false metal. They are just out to make money ripping off riffs from the 30 years ago,” said music critic and blogger Allen Hayes. “The Norwegian Black Metal bands of the ’80s and ’90s actually walked the walk. Murders, arson, cannibalism, it was what these guys did. These current bands just wear black clothing too tight for their tubby-boy bodies and whine on Twitter. Satan has every right to be upset.”

The Antichrist has not given up hope yet, believing that a revival of demonic metal is looming just around the corner.

“Remember about 15 years ago when swing dancing came back and was everywhere? Well who’s to say that Satanic ritual abuse isn’t poised to make a comeback? I just hope the kids are smart enough to do it to vintage bands like Black Sabbath and Venom, not this crap that passes as metal today. Most of it just seems like a continuous Game of Thrones reference,” said Satan.