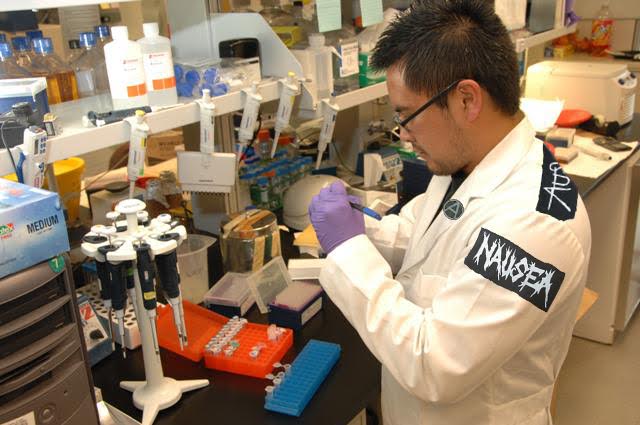 LOS ALAMOS, N.M. — After countless hours in his bedroom laboratory, a handful of Tumblr posts, and a generous grant from the Institute for Parental Enabling, punk physicist Dr. Marc Oliphant was able to do what has only been theorized: he split the scene.

Academics have long theorized that a scene could be split into two smaller scenes with an explosion of negative energy, but no one had been able to accomplish it before Dr. Oliphant. A paper detailing his methodology will be published in the peer-reviewed journal Science and also in the barely edited ‘zine Maximum Rocknroll.

But, as Dr. Oliphant explained, the methodology was quite simple. “I created a mutually recursive feedback amplification aggression field between two local hype bands,” he writes. “It helped that their music is barely distinguishable. I made a few comments on Tumblr and YouTube stating that The Oppenhammers isn’t ‘real’ punk and that ‘Warhead Nation would wipe the floor with all you suburban posers’ and the rest is history. Supporters and detractors were magnetically attracted.”

“Whereas people used to look at the sky and only see points of light, we now see stars, planets, quasars and galaxies,” Dr. Oliphant mused. “So too can science show us differentiation where we once only observed a featureless wall of nominally political noise. My work demonstrates that my cohorts and I are more committed to the principles of anarchy and brotherhood than those posers who like The Oppenhammers.”

Dr. Oliphant’s next experiment is to merge two scenes — chillwave and deathgrind — which he claims would finally achieve “cold fusion.”