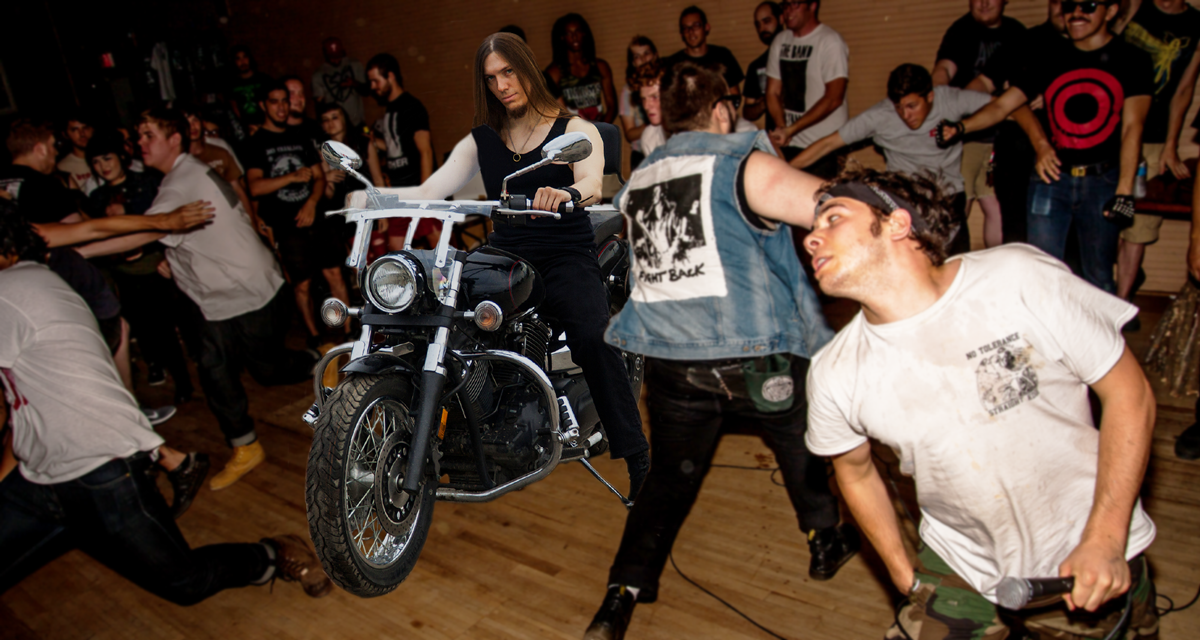 ASTORIA, N.Y. — A middle-aged man having a midlife crisis drove a Harley Davidson into a mosh pit on Friday evening, according to police reports.

32-year-old Chet Steinway, once an active member of the local punk scene reduced to “just some old loser,” attempted the stunt during an album release party for Circa 1996’s Drinking Age EP.

“We were halfway through ‘Stealing Dad’s Booze’ when this goon rolls right into the middle of a circle pit, doing donuts and trying to high-five people. It was sad, man,” said guitarist Zac Stone of Steinway and his 2017 Harley Davidson Heritage Softail Classic. “But then he almost dumped it trying to park, and he spent the rest of the night posing with it. I don’t think he even knew where the kickstand was — he just leaned it against the stage.”

“I’d seen Chet around, hanging in the back like a normal old guy. Guess something popped in him and he realized he didn’t fit in at shows anymore or something,” said 14-year-old Tyler Bryce. “It was so wack — like, everyone stopped dancing and just stared at him. The band even stopped playing. We all just sat there waiting for him to stop.”

“This was clearly to impress the younger kids at the show. Steinway was fully aware that motorcycles are not allowed in the venue, and even bragged about ‘how she handled’ in his statement,” said Gomez. “You see it with a lot of men in their 30s still hanging out at shows — past their prime, but still trying to be relevant. At least he isn’t trying to date any of the 16-year-old girls that were there, as far as we know.”

Venue stuff reported no injuries beyond Steinway’s bruised heel, suffered when kickstarting his Harley after stalling out just past the door man.