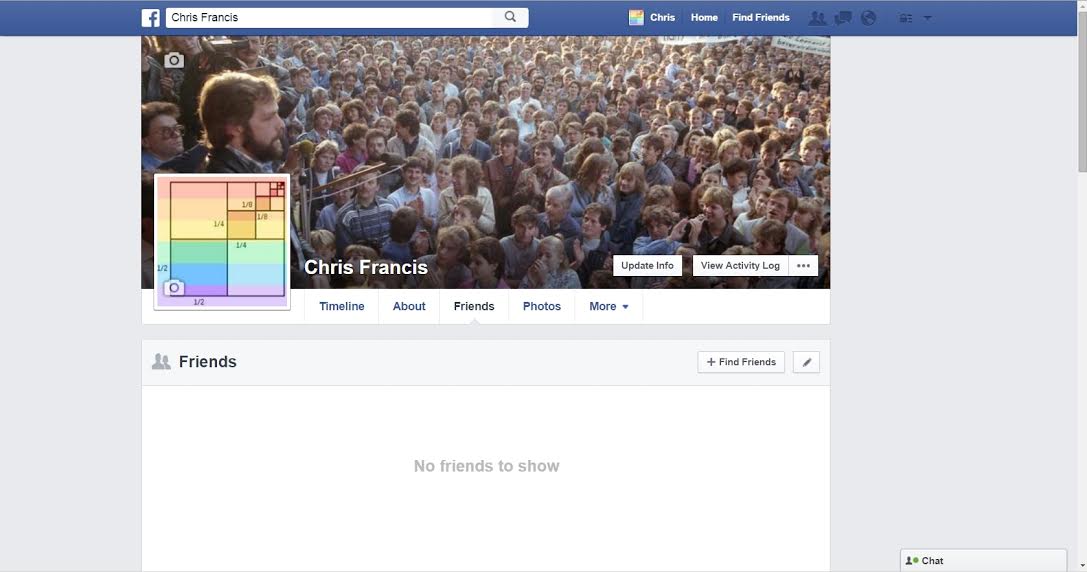 INTERNET, The — In a valiant display of his true progressiveness, local punk Chris Francis has officially freed himself of all his Facebook friends due to their offensive inability to align themselves with every single one of his outlandish worldviews.

The self-described anarchist was originally met with support for his poignant postings about the most important issues of the day, but ex-Facebook friends say the young activist slowly lost his way, posting dozens of statuses a day demanding complete and utter devotion to his increasingly unhinged political ideologies in order to be his friend on Facebook.

One recent post stated, “Please unfriend me if you still own a dictionary that lists the word ‘bitch’ and think that is OK in 2017.”

By eliminating all social interaction on the social media platform, Francis has been able to transform himself into a beacon of hope for forward-thinking individuals everywhere. John Rodriguez, who has been friends with Francis since second grade, but also owns a dictionary, explained why he decided to respect Francis’ wishes and unfriend him on the social media site.

“It’s not that I agree with him, but I respect his right to say it,” Rodriguez said. “This is America. If my second grade buddy decides to join a cult who am I to say he’s wrong?”

Francis, who was initially drawn to the punk community due to its abrasive nature and lack of sensitivity toward social norms, is proud to say he no longer interacts with any people who may or may not be predisposed to say something he defines as “problematic,” or anyone at all, for that matter.

Today, Francis prides himself on spewing flavor-of-the-week political correctness into the empty void that is his social media presence. Francis can now confidently say he no longer has to deal with the pernicious actions of his lifelong friends and family, who would often joke casually among themselves or exercise their most basic freedoms as citizens of the United States.

“You can celebrate whatever holidays you want, but when you’re spewing ignorant-ass shit and enforcing gender roles by posting pictures about something as archaic and disgusting as ‘Mother’s Day’ you better unfollow me because we are NOT friends,” Francis said when asked how he was able to completely dwindle his web presence down to himself and nobody else.

At press time, Francis was feverishly lecturing the vacuous space that is his Facebook and arguing with himself in the comments.

Photo by Thieme and Wolfgang.