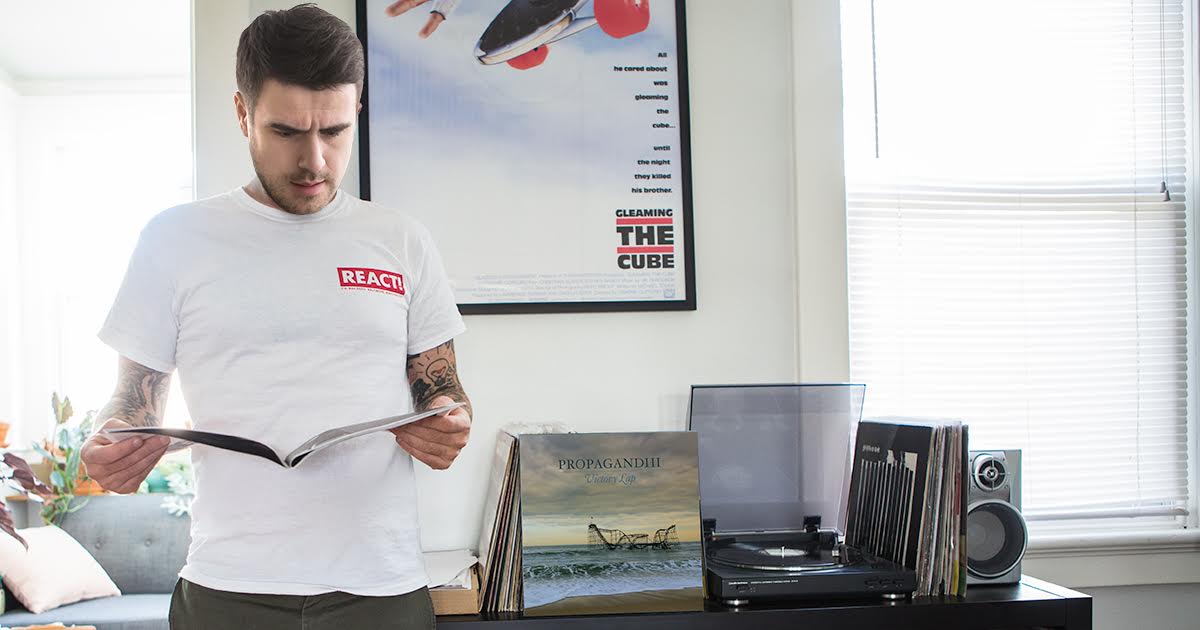 “A lot of listeners complained that after Potemkin City Limits, our political references became obscure to the point of alienation,” said Propagandhi frontman Chris Hannah. “That’s why we added the footnotes. Say you’re not familiar with the city of Arnhem, a location we reference on ‘Failed Imagineer.’ Well, if you turn to page five of the footnotes, you’d learn that Arnhem is a city in Holland where many Canadians fought during the Second World War. Knowing that information definitely makes the song sound better.”

While the band is clearly excited about the footnotes, fan reaction has been mixed.

“I’ve long told people Propagandhi channels Chomsky by way of Poison,” said Propagandhi enthusiast Brandon Hillard. “But now, by meticulously looking up and memorizing each political reference on Victory Lap, I feel like I truly understand the dangers of neo-liberalism. Without the footnotes, I’d be drunkenly singing along like a moron with no understanding of the historical complexity.”

Some fans complained that the footnotes were cumbersome and unnecessary.

“Maybe it wouldn’t be so bad if they didn’t print the footnotes in 10-point font. I need a magnifying glass just to read it,” said longtime fan Stephen McGill. “I wish they had a digital download of the audio version of the footnotes, so I could listen to them on the way to work. At least now I have something to read until the next Game of Thrones book, I guess.”

At press time, Toronto record store Rotate This is sold out of copies of Victory Lap. Employees were not sure when they would receive additional copies.

“Look, Propagandhi are great, and I’m really glad they’re moving some units, especially this late in their career,” said employee Tim Walker. “But those stupid fucking footnotes means the box of records is, like, 70 pounds. If you think I’m lugging another one of those up from the basement again, you’ve got another thing coming.”