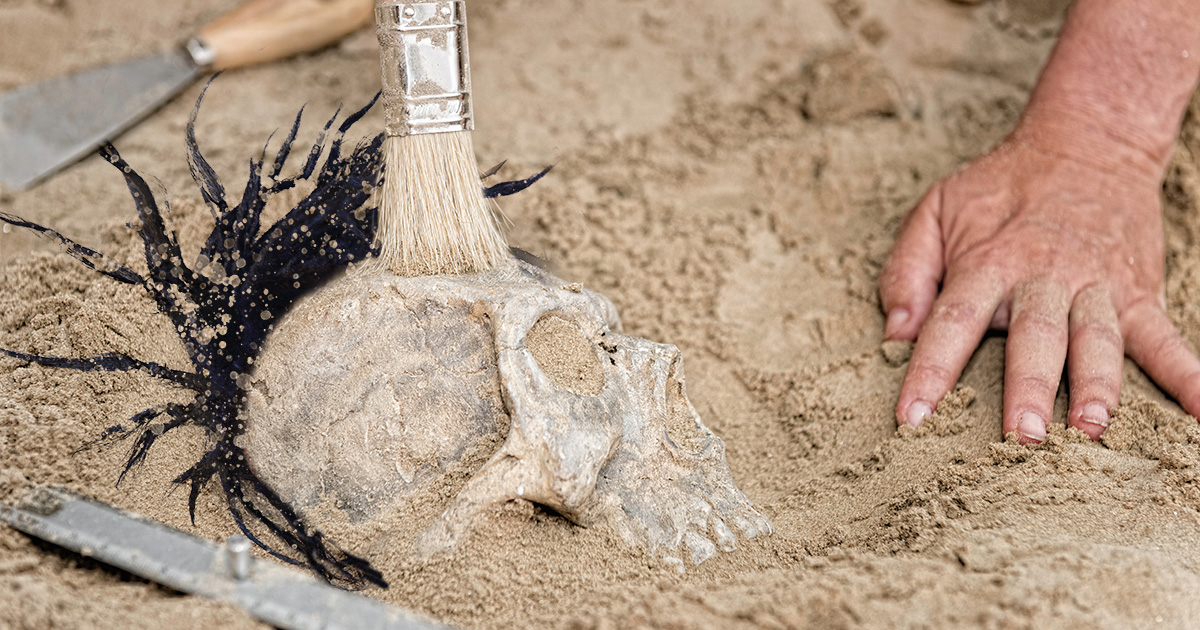 MARRAKESH, Morocco — An archaeological discovery made outside of Marrakesh yesterday places the extinction of punk rock at roughly 8,000 B.C.E., stunned researchers confirmed.

The fossilized remains of what appears to be a prehistoric punk throws a wrench into the hotly disputed timeline of the genre’s death.

“I always contended punk died in 1979, and everything after that has been nothing but trash… but, of course, no one knows the exact answer,” said UCLA Professor Nancy Lome. “However, thanks to our cutting-edge technology, we can now pinpoint punk’s death to be somewhere in the Neolithic period, before the domestication of wheat.”

Punks around the globe reacted harshly to the discoveries, with many closing off from the scientific community altogether.

“I refuse to believe punk died in the stone age. I’m alive. I’m punk. Fuck school,” said Richard “Vomit” Vomirtowsky. “If those stupid scientist people need proof punk is alive and well, all they need to do is buy my band’s demo off of Bandcamp for $5, and then come see us play at my school’s Battle of the Bands.”

Using 3D modeling, researchers have recreated clothing and instruments from the fossilized remains of what appears to be a musical trio.

“Most of the sounds produced couldn’t have been very melodic,” said grad student Paz Kizel. “As far as we can tell, a lot of it had to do with foaming at the mouth and beating each other with rocks. It wasn’t pretty, but judging by the trauma to the skull, the members of this group had a lot of raw energy.”

In fact, another discovery in a nearby delta lead researchers to believe they found the exact reason for the sudden die-off of punk.

“We found a lot of fossils with a style similar to the earlier punks, but a lot more accepted by mainstream society at the time,” said researcher André de la Pasquel. “It leads us to believe there was a ‘new wave’ of sorts that disrupted punk culture and wiped it from the planet entirely. They couldn’t adapt, and they died.”

Show off your support for The Hard Times with a brand new shirt: