Nation’s Alt-Center to Aggressively Go About Their Normal Day 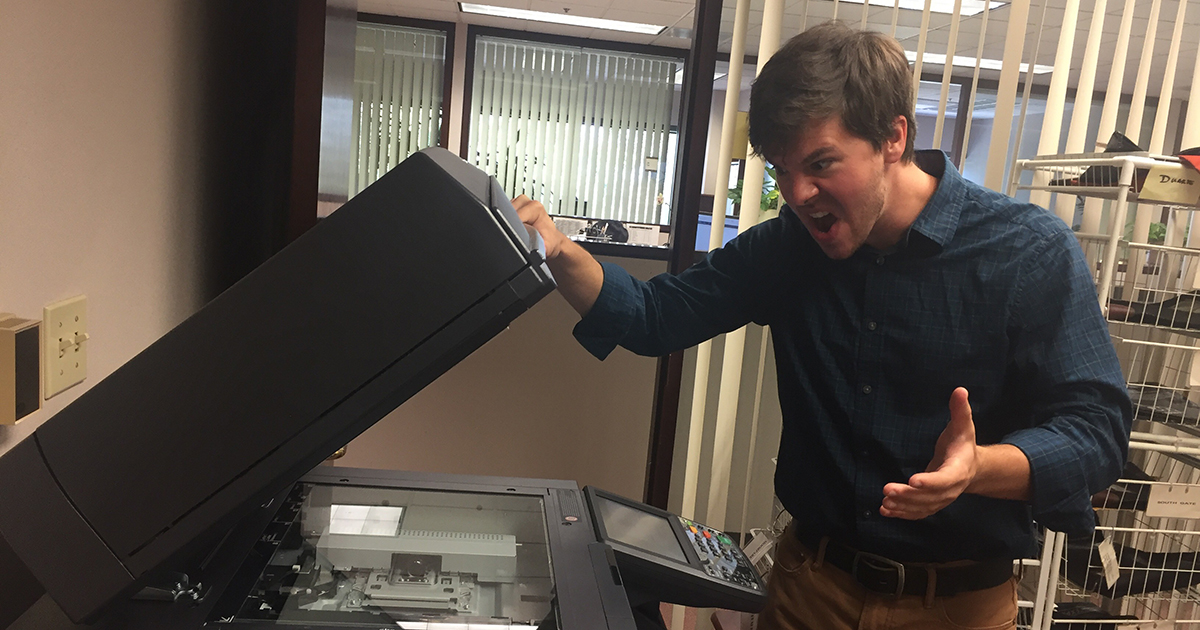 SHEBOYGAN, Ill. — The nation’s radical “alt-center” is aggressively going about their normal day today without interruptions, according to reports from HR departments around the country.

“Some people think we don’t believe in anything — that’s old centrism. Both sides are wrong, and it’s making me angry,” said Dale Waters, a payroll clerk at Sheboygan Concrete. “If you ask me, those masked Antifa are just as bad as the rednecks with the flags. But, whatever. I can’t see it from my house.”

Waters is the head of Sheboygan’s growing alt-center organization, the Middle Men — a group of nearly 100, mostly caucasian middle-managers who meet after business hours in a public park field house.

“These ‘activists’ are ruining our lives,” Waters declared to wild applause. “I propose a National Day of Inaction during the mid-terms. Let’s reach out to other alt-center chapters across the country and hand out ‘I Didn’t Vote’ stickers.”

The Midwest isn’t the only place seeing a rise in these groups. At water coolers, gas stations, and grocery store checkout lines around the country, alt-centrists continue to mostly just feel “meh” about “the whole politics thing.”

“Republicans and Democrats are exactly the same to me,” said radical centrist Marsha Billingsley of Bangor, Maine. “I try to stay out of it as much as I can and avoid news of any kind. Anytime something important happens, I’ll find out about it on Facebook anyway.”

Historian Florida Jones, who wrote the bestseller The People Who Didn’t Care About Hitler, claimed the alt-center has long existed outside of the mainstream.

“There have been enraged and unopinionated populations for as long as civilization has existed,” Jones said. “It’s Zeno’s paradox, but instead of starving to death, the goats are getting mad. There are some angry, angry goats in line at ATMs, stuck in rush hour traffic, and in bowling leagues across the country.”

The Southern Poverty Law Center has not added any alt-center organizations to their list of hate groups. They did warn, however, that militant centrists are increasingly gathering at sales conferences and trade shows throughout the country.

Want to support The Hard Times? Check out our online store: