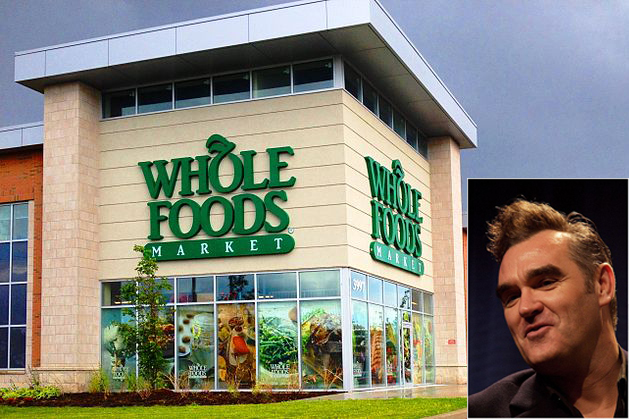 “I love Whole Foods and I have been anxious to return, but I shall leave the store to their cannibalistic, flesh-eating bloodlust,” the 55-year-old songwriter said in a statement released on his official Facebook.

The cancellation has left many fans worried that Morrissey might cancel even more important life events that could affect his overall well being.

“With this cancellation of a trip to Whole Foods, he may very well starve to death. What if he starts cancelling his multiple daily trips to the bathroom? We could have an Elvis situation here,” long time fan Jeremy Richardson said on a Morrissey message board. “I’m worried about his fiber intake.”

Tammy Windsor, a clerk at the West Hollywood Whole Foods, had no idea who Morrissey was, but only remembered the former singer of The Smiths as the “mildly depressed guy who would buy hundreds of dollars of Tofutti Wild Berry Supreme, eco-friendly tissue paper, prostate support soft gels and dinosaur-shaped pasta.”

Related: Punk Band Booked at Sober Space Makes Another Trip to the Van

Whole Foods spokesman Mike Silverman said in a statement, “Mr. Morrissey has the right to pass by the meat section if he so chooses. Whole Foods does not force any of our customers to purchase our meat, which is raised with care and butchered by skilled professionals. We also encourage all of our employees to greet our guests with eye contact and a friendly hello. Mr. Morrissey’s insistence that all our employees stare at the floor while he is shopping just cannot be met.”

Morrissey took to Twitter to hash out his beef with the food chain. “I see no difference between going to Whole Foods and pedophilia, and I consider this a victory on behalf of all the animals.”