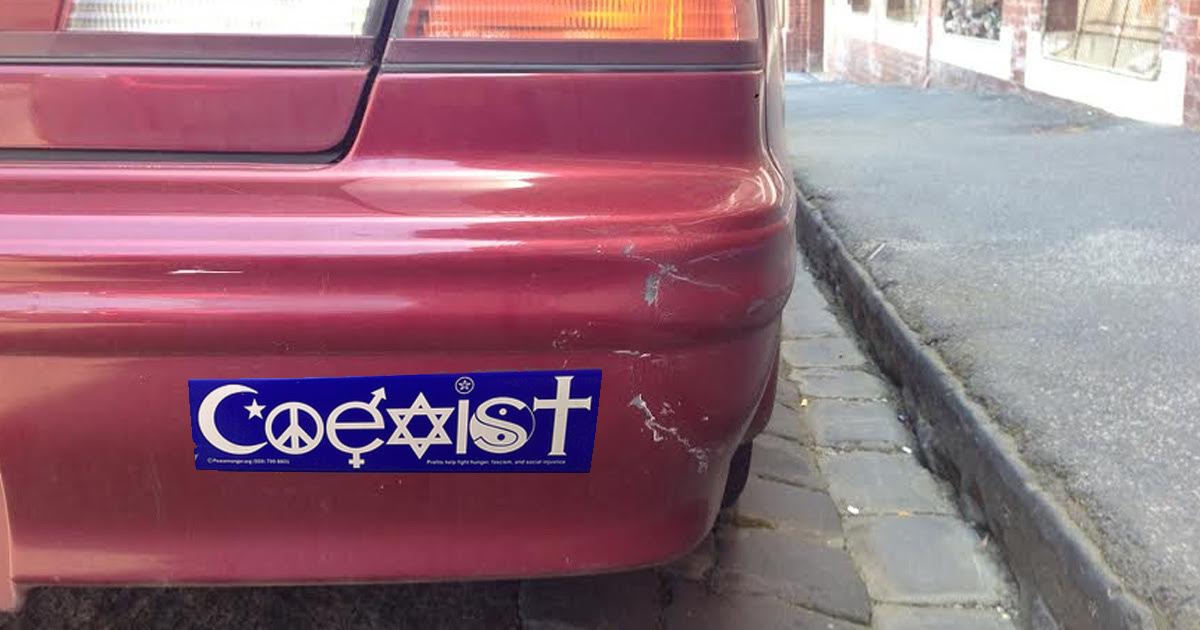 WASHINGTON — The National Highway Traffic Safety Administration will recall over 550,000 units of the popular “COEXIST” bumper sticker due to an ineffective and unsustainable message of world peace, U.S. safety regulators said on Tuesday.

“After an estimated 300 billion incidents of human suffering and death due to war, religious intolerance, racism, genocide, and homophobia, from the years of 50,000 B.C.E. through 2020, this sticker needs to be pulled from retail shelves and all automobiles immediately,” the NHTSA said in a statement online.

“NHTSA likes the sticker,” the statement continued. “We believe it looks really cool in a tie-dye color scheme. In the current geopolitical climate, however, our in-house engineers predict this trend in which everybody dies will not slow down in the foreseeable future.”

The graphic, spelling “Coexist” through religious and political symbols, has garnered thousands of complaints from consumers for inefficacy, despite regular appearances on the rear bumpers of cars owned by progressive Americans.

“I had a feeling something wasn’t working back there. I heard some rattling on NPR about crises in Europe, the Middle East, Africa… even America,” said Subaru Outback owner Wayne Darvy of Burlington, Vermont. “How can sticker companies just sit back and profit from a clearly unattainable mantra? I feel duped.”

Kane also provided removal suggestions for consumers from as long ago as early 2001.

“We encourage all owners to peel off their ‘COEXIST’ with soap and water and bring it to your local Spencer Gifts, where you will receive a ‘FUKENGRÜVEN’ bumper sticker free of charge,” she said.