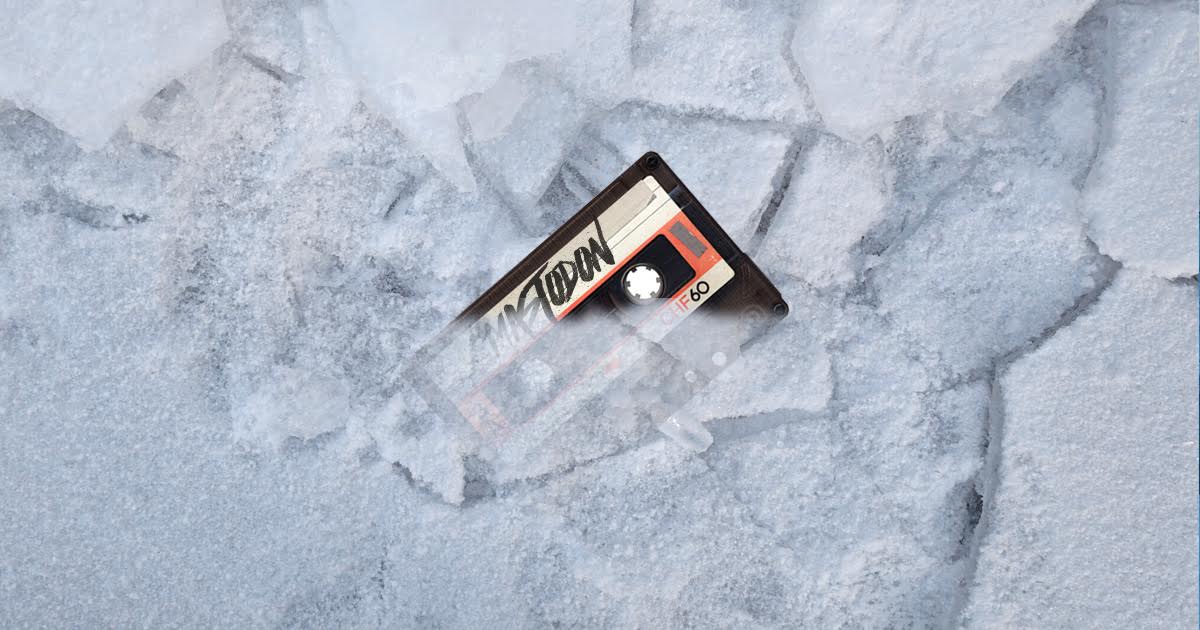 SIBERIA — Musicologists on an expedition to capture field recordings of shamanic doom metal bands in Siberia have discovered a long-lost Mastodon demo tape frozen in the tundra, reports confirm.

“I’ve never seen a cassette so perfectly preserved,” said Dr. Cameron “Crusher” Grant. “If you look closely through the ice, you can see it’s descended from the Maxell evolutionary line.”

Professor Ellie Dern, an expert in musical antiquities, was flown in to date the shocking discovery. “Judging from the faded ink markings on the masking tape, we can date this as hailing from somewhere between 1996 and 2000,” she noted in her field report.

“This is a Mastodon we’ve never heard before, from an antediluvian time before Moby Dick concept albums and Brent Hinds’ facial tattoos. What kind of savage, prehistoric riffs await us? What thrilling beats are in store for us — beats that once shook the primeval soil and made our ancestors rage?” asked Dr. Grant, gesturing devil horns.

Paleontologists at the dig are working around the clock to free the tape from the ice. “Once the tape’s defrosted, we can retrieve its musical DNA through the forensics technology in my Camaro’s stereo,” said Dern. “Through repeated listens and reconstructed tablature, it’s possible we could make this ancestral Mastodon live again.”

When asked to comment on the discovery, Mastodon guitarist Brent Hinds trumpeted angrily through his furry snout and stomped his mighty hooves. “These scientists are so preoccupied with whether or not they ‘could,’ they didn’t stop to think if they ‘should,’” the wooly beast roared.

Unlike most fossil digs, the demo tape excavation is not being funded through an academic institution. “Some billionaire with a flea circus in Costa Rica is funding it,” Dr. Grant revealed. “He says he wants to put together a music festival on an island with a bill of ‘resurrected’ acts. I heard his scientists have already recreated the original Mother Love Bone line-up in a lab!”