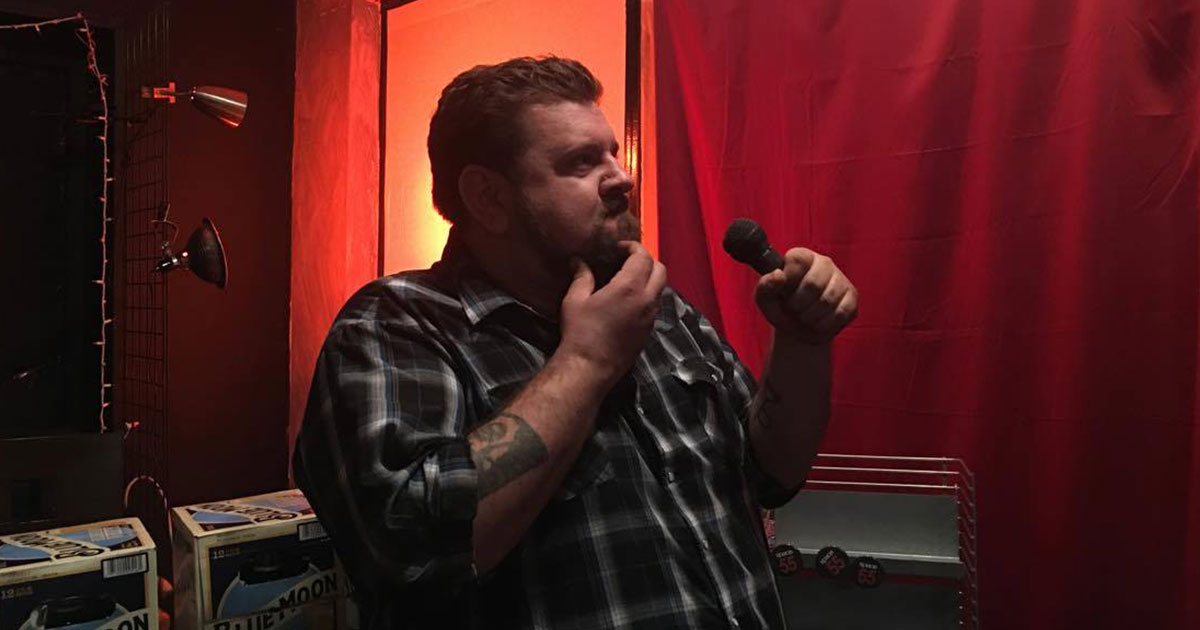 TEMPE, Ariz. — Karaoke enthusiast Dain Whitcomb had “no idea” what to do during the instrumental parts of Black Sabbath’s classic song “War Pigs,” according to eyewitnesses uncomfortably watching the performance.

“When we heard that intro, we were like, ‘Fuck yeah, dude! Sabbath!’” said Sean Trew, a drinking buddy of the bewildered singer. “Bro, if we remembered how little singing there was on it, we probably would’ve snatched that slip of paper outta his hands.”

The bearded Whitcomb, drenched in flop sweat, resorted to a series of time-killing strategies, each one more disastrous than the last. At one point, the 34-year-old adult man simply flailed around on stage during one particularly long instrumental.

“He started air guitaring, which looks really weird when you’re holding a mic,” said Darlene Gore, Whitcomb’s ashamed date. “He even did that thing where he pretended to lick the neck of the air guitar, but he overshot it and actually licked the mic handle by accident. So gross.”

When the air guitaring didn’t work, Whitcomb switched to rhythmically challenged air drumming. “He was killing me with those snares,” moaned Trew. “Don’t even get me started on how he abused that invisible hi-hat.”

Things took a turn for the avant-garde when Whitcomb began an interpretive dance on the bar floor. “I think he was trying to play-act the war pigs burning in Hell,” Gore said. “Ozzy must be rolling in his grave. Wait — is Ozzy still alive? Seriously? Wow.”

Witnesses confirmed the desperate Whitcomb threw horns at the audience with reckless abandon, jutting out his tongue and bugging out his eyes. “People had trouble making eye contact at that point,” reported karaoke jockey Russ Nesmith.

Abandoning all hope, the despondent singer finally sat on the monitor, waiting for Tony Iommi’s diabolical fretwork to end.

“He does this all the time,” Nesmith revealed. “Guy’s got a lot of heart, but he always picks these songs with lots of dead air on the mic. Last week it was ‘Stairway to Heaven,’ the week before that, ‘Lust For Life.’ I almost lost my KJ gig here after he started treating tables like gongs during ‘Total Eclipse Of The Heart.’”

Sources report Whitcomb’s next song in the rotation is the full-length version of Iron Maiden’s “The Rime of the Ancient Mariner.”