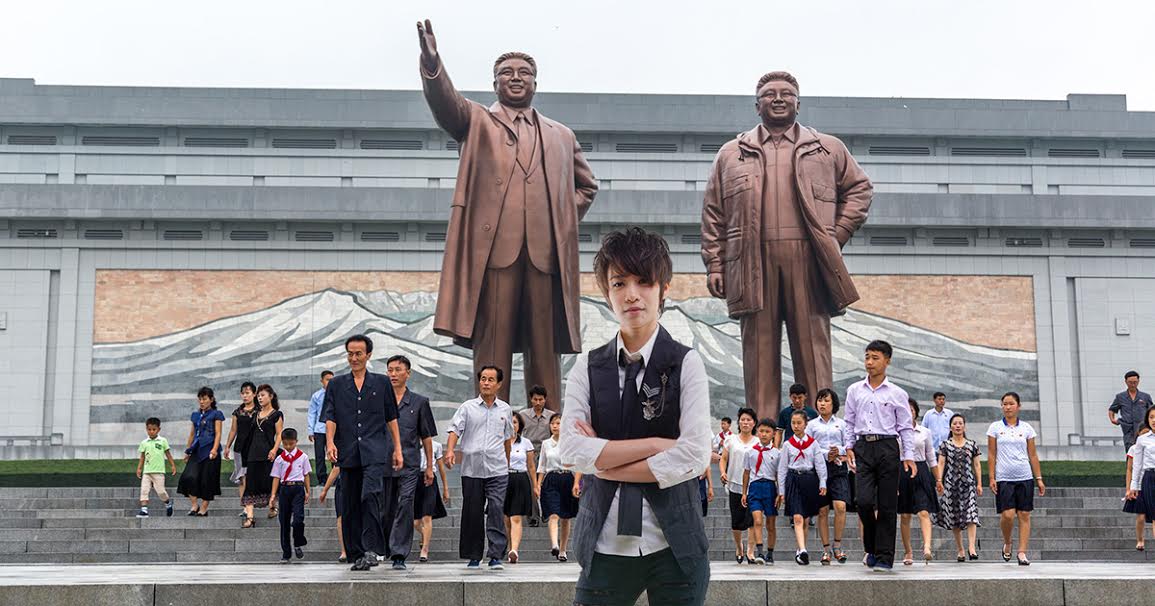 PYONGYANG, North Korea — Korean pop sensation Jin Dae-Soo, an original member of the K-Pop group POW*BL4ST, is now under the safeguard of the Korean People’s Army after a harrowing 50-mile journey from Seoul for freedom in North Korea, diplomats confirmed this morning.

“While in POW*BL4ST, I was forced to work 18-hour days,” Jin said via translator. “I was told when to eat, sleep… even use the bathroom. But now, I am feeling the sweet kiss of liberty, here in the Democratic People’s Republic of Korea.”

Reports of deplorable conditions for K-Pop mega-stars have dogged the tight-lipped community for years, including tiny food rations, forced romantic relationships with other performers, and close monitoring of social-media posts. The U.N. recently threatened sanctions against boyband NIFTY-50, whose massive, 50-member roster and $11 million [USD] net worth qualifies them as a small country.

“Certain so-called ‘troublemakers’ are locked in penthouses for days at a time, let out only for performances or department store grand openings,” U.N. Human Rights Council President Vojislav Šuc said. “Go to any section of Seoul, and you’ll see propaganda posters for the glitzy, glamorous K-Pop life… when nothing could be further from the truth.”

Mr. Jin’s daring escape from Seoul was allegedly in a crate of POW*BL4ST merchandise headed for the city of Paju. Once released, he swam across the Han River, walked through the Demilitarized Zone, crawled under a forest of barbed wire, only to walk another 10 miles before he was picked up by the KPA — a journey he said he’d do all over again.

“I am finally free,” Jin said, flanked by military personnel. “I will be the guest of honor tonight at Chairman Kim Jong-un’s banquet, and tomorrow, I start work in a rice paddy. Only having to work 12-hour days with no media obligations will be such a relief.”

In light of the escape, many people now suspect that supergroup CHA77ER’s new hit single “Please Help Us (제발 도와주세요)” might also be a coded message to North Korean allies.