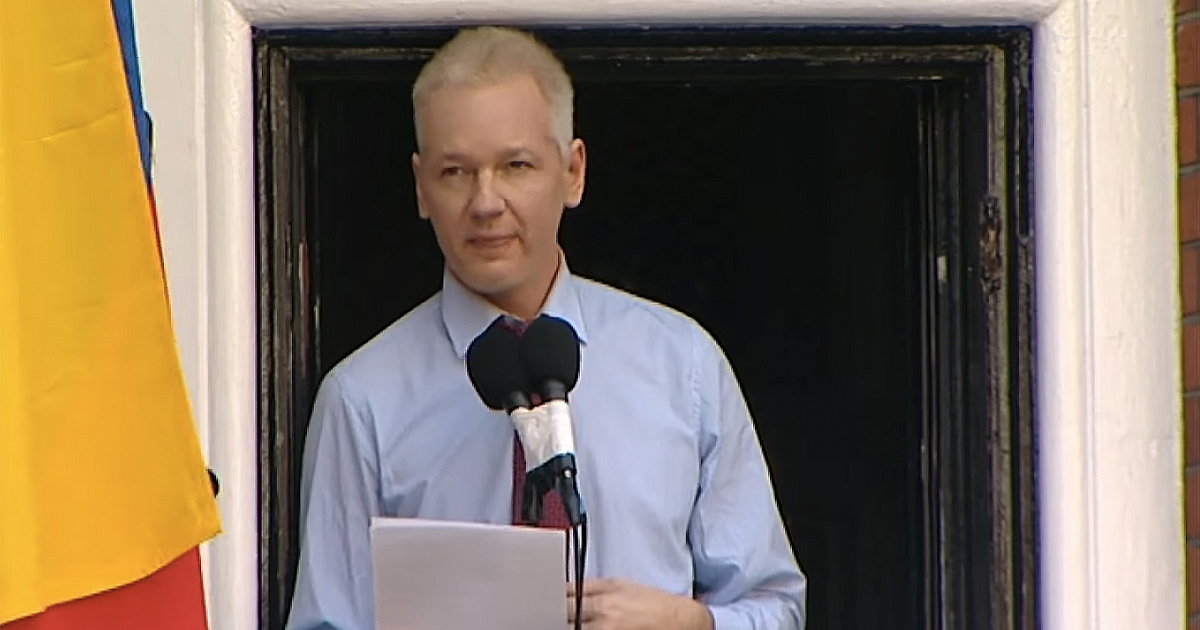 LONDON – Julian Assange, the Wikileaks founder and internet outlaw who has been confined to the Ecuadorian embassy in London since mid-2012, announced today he intends to release a last-minute, potentially election-shaking leak from Hillary Clinton’s emails: photos from her embarrassing middle school goth phase.

The photos, which are rumored to have circulated on the dark web for some time, have not been proven to be authentic.

“The time has come for the American people to know the truth about who they vote for,” Assange said from a balcony. “It is time for the public to know how easily swayed Clinton’s sense of fashion was by The Cure. Are you going to trust someone like that with the nuclear codes?”

Clinton herself avoided references to the latest October surprise at her rally in North Carolina today, but her campaign was quick to issue a statement.

“It’s important to remember these unverified photos are the result of a foreign nation hacking American institutions in an effort to sway the election,” campaign spokesperson Karen Finney said. “And let’s also not forget that everyone experimented with other subcultures in their youth. It was a mistake, and Ms. Clinton is now focused on the issues, not defending her admittedly poor decision to style her hair in a deathlock for her 7th grade yearbook picture.”

There has been some confusion on social media between Assange’s rumored middle school photos and a set of photos featuring an adult, goth-clad Clinton, which expert have proven to be photoshopped.

“Assange said he was going to release her goth photos but I was like ‘Oh yeah I think I already saw those,’” internet user Jorge Ramos said. “It’s like her, but with dyed black hair and fishnets and shit, right?…What? Those are photoshopped? Damn it. Do you know if you can change your vote if you already sent in an absentee ballot?”

Undecided voter Sarah Colman said the leaked photos, even if they are real, wouldn’t change her vote.

“I mean, if Hillary was into goth in middle school, wouldn’t that make her the pioneer of the genre or something?” Colman said while clearing her Reddit post history. “Is that embarrassing? Also shouldn’t she have been into like… I dunno, big band or something? Did subculture exist back then?”