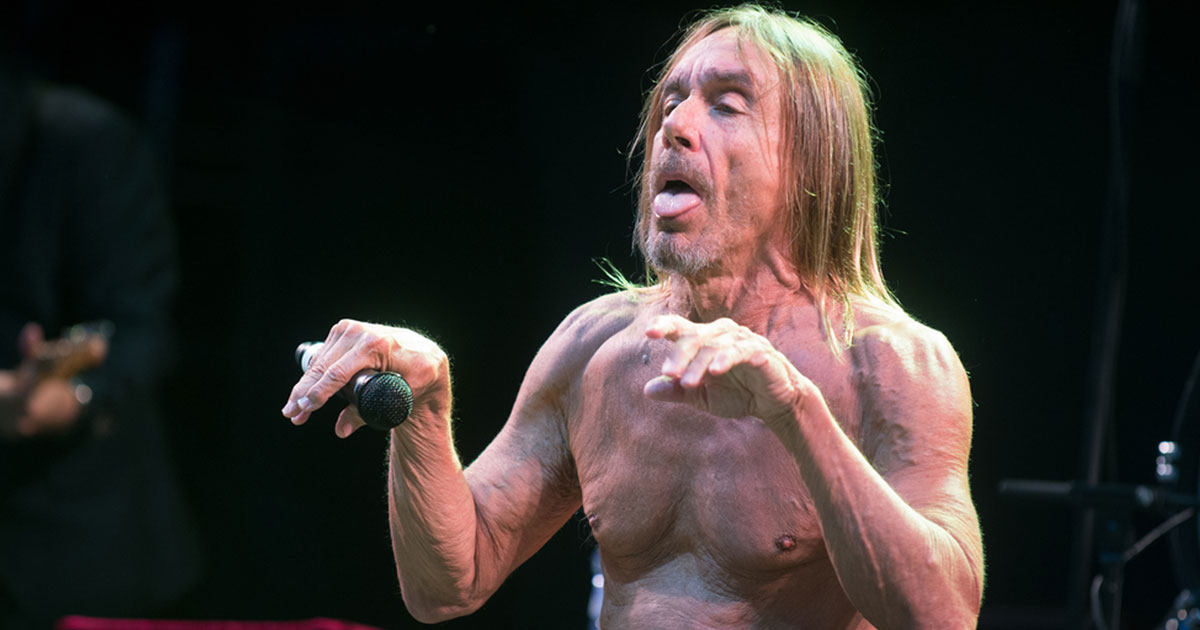 MIAMI — After a successful cosmetic skin removal surgery, Iggy Pop, the hard-rocking godfather of punk music, announced he plans to auction off large swaths of excess skin and donate the proceeds to charity.

“Whoever wants to pay a couple a bucks can get a bit o’ my bark,” said Pop while recovering at home. “Over the years it sort of loosened up on me. At one point I wasn’t as active and my weight ballooned up to 135 pounds and once I got back down to my normal 120-pound weight I realized I had a lot of extra skin. I knew I could auction it off and hopefully change someone’s life.”

Initial reports indicate that the influential rock star didn’t anticipate how much “bark” would be removed from his slender frame, and how much it would it be appraised for. According to doctors at the Miami Surgical Center, the process removed about 64 square feet of flesh from the aging rock star, which was then purchased by auction owner Pete Bayko.

“64 square feet sounds like a lot, but that’s really only about the size of an 8×8 budget trampoline,” said Bayko as he unrolled the skin and held it up for everyone to see. “This is the real deal stuff right here, straight from Iggy’s back and thighs.”

Bayko, who’s owned the nonprofit Bayko’s Rockin’ Auctions for over 40 years, is no stranger to odd auction items from influential musicians.

“I helped a seven-year-old get a kidney transplant by selling a straw that was used by Tom Petty to blow cocaine up Stevie Nicks asshole backstage at Madison Square Garden in ’83,” says Bayko. “$2,600. It had a certificate of authenticity and everything.”

“I figure the guy is a rock icon, $250 to $275 per square foot is reasonable. But I am willing to go higher. Especially if that rat bastard Mark Cuban shows up again,” said music memorabilia collector and Indianapolis Colts owner Jim Irsay. “I already have a spot cleared on a wall in my recording studio for the skin flap.”

Back home in suburban Miami, a much-tighter skinned Pop was optimistic about the opportunities donating his skin could present.

“It’s like, I’m feeling pretty good ya’ know,” Pop said smiling. “My skin used to wiggle waggle and I’d get it stuck in car doors and junk and it’s like, I don’t need that shit. I just hope some collector likes my leather and some sick kid gets a trip to Disney or something.”