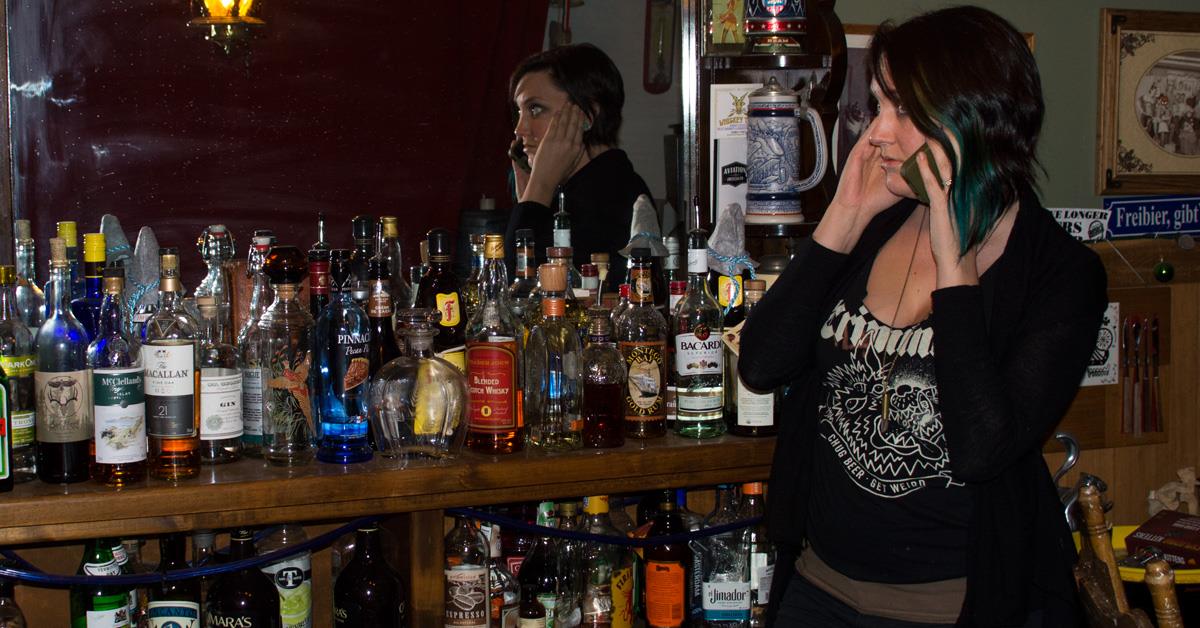 BOSTON – Witnesses report Boston police broke up a show at an Allston house venue known as “Our Haus” last night after Carrie Berg, the venue’s resident and booker, called in a noise complaint in hopes of bringing a quick end to what has been described as “a fucking terrible show.”

“No one hates cops as much as me — those pigs can rot in hell for all I care — but tonight was turning out to be a fucking disaster,” said Ms. Berg, a self-identified anarchist. “Once I noticed that the toilet had already backed up during the opening band’s second encore, I knew it was going to be a bad night.”

One witness confirmed “no more than four people were having fun at any one point in time.” And reports suggest each of the eight bands on the bill represented a vastly different genre like pop-metal, goth-reggae, and a plethora of other imaginary, fusion genres. Ms. Berg, according to the witness, who spoke on the condition of anonymity out of fear of scene exile, felt the show was teetering on the edge of “embarrassing” when she decided to pull the plug.

“It became very clear, very quickly, that the booking of this show was a mistake,” said Ms. Berg, standing just outside of Our Haus’s hastily spray-painted basement doors. “I really should listen to some demos before booking bands instead of just letting anyone I buy weed from play in my cellar.”

The police, who arrived swiftly in coordination with information collected through a highly classified Facebook program related to the “Boston Punk Zombie” profile exhibited a calm demeanor and offered to let the show continue, only suggesting Ms. Berg “lower the volume.” Sources confirm Ms. Berg was so taken aback by the police’s politeness that she began sweating profusely, insisting they “just shut it down” and announcing to the 9 people still in attendance that “the cops are total fucking dicks and would rather have us be out on the streets causing trouble, apparently.”

As attendees filed out and police offered underage fans safe rides home, Ms. Berg continued her anti-cop charade for anyone within earshot.

“Back in the day, my friends and I would’ve brawled with them all night. Probably ended up in jail. They’re lucky I have the kids this weekend and have to hold off tonight. Any other night, though, those cops would’ve been sorry for showing up here,” said Ms. Berg before quietly closing up the venue and heading off to bed early.