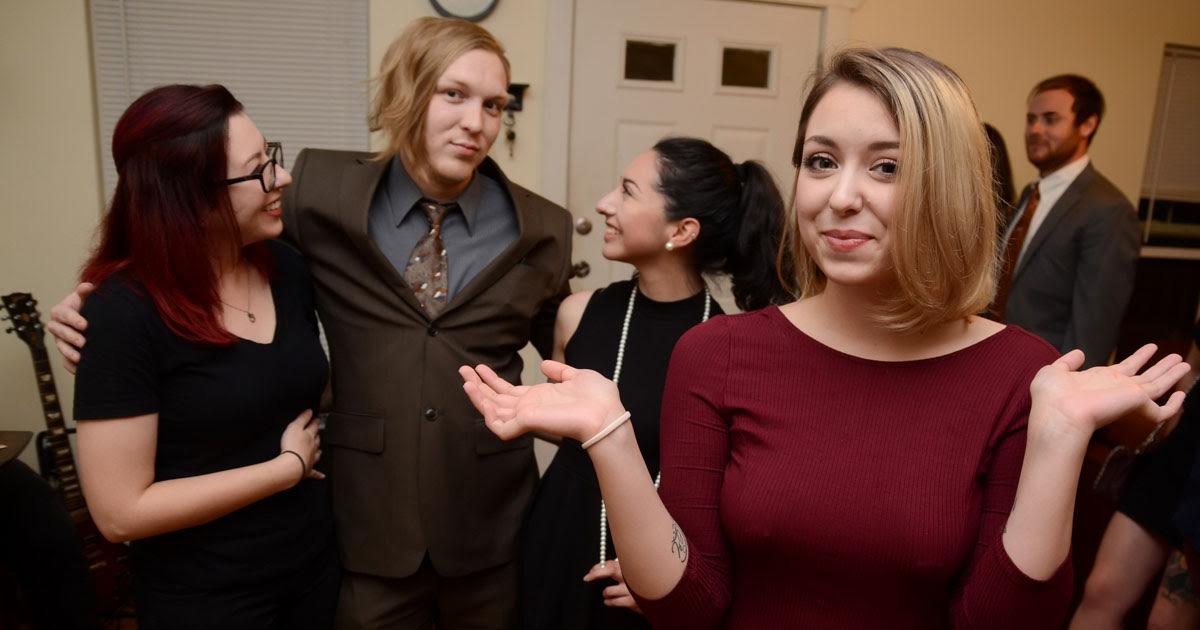 BERKELEY, Calif. — Lara Townsend, primary girlfriend of local polyamor Rick Walcott, has reluctantly decided that she, too, will now tote a hierarchy of lovers, according to sources close to the couple.

Townsend, who always described herself as a “one man kind of girl,” believes this experience has afforded her the opportunity to explore a side of herself that probably doesn’t exist.

“It was never something I was really interested in doing,” Townsend said, creating a Tinder profile after exhausting efforts with her own former lovers, all now either married or in committed, monogamous relationships. “But I’m not going to sit around and let Rick have all the fun.”

Townsend reportedly spent much of last weekend drawing up a contract outlining fidelity boundaries, loyalty clauses, domestic burden diagrams, and term-limit negotiations. “It ended up being this 15-page beast. It’s got the framework for companion echelons and compersion definitions,” she explained. “Then, when everyone accepts the terms of the agreement, all individuals involved will have to sign before a notary and wait a mandatory 10-day ‘withdrawal period.’”

“Christ, where am I going to find a notary?” she added. “And how will I get us all together at the same time?”

Dipping her toe into the polyamory pool has already attracted a slew of potential suitors for Townsend, she claimed, with local creeps, losers, weirdos, geeks, scoundrels, clowns, perverts, freaks, swingers, and deviants all submitting propositions. “This one guy with a foot fetish seems tolerable,” said Townsend. “But I’m gonna have to get a pedicure to show I’m willing to make the effort. Ugh, this is exhausting.”

While Townsend has been inundated with offers, sources report Walcott has struggled to find a single taker to add to his harem. “It’s not that I haven’t found anyone interested,” said Walcott. “I’m just being picky on which 10 women I want to settle down with at this stage of my life.”