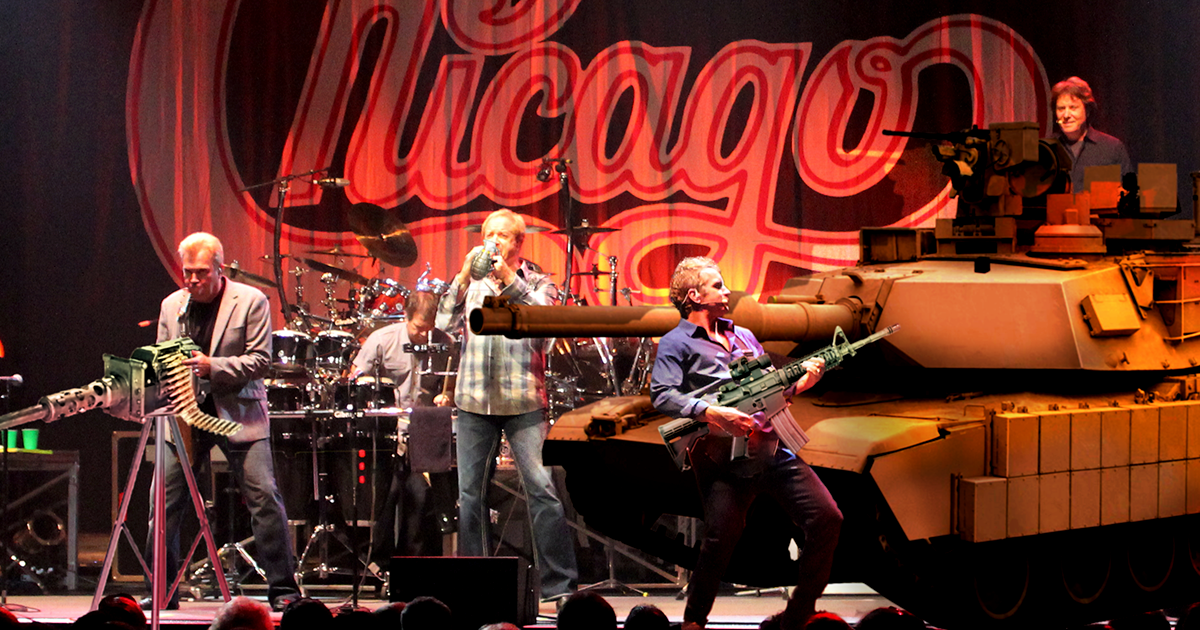 QUANTICO, Virginia — Chicago is officially the most dangerous band in America, due to numerous instances of “friendly fire” roadie deaths, drive-by tour bus shootings, and gun battles during encores, according to a report released by the FBI.

FBI spokesman Raylen Watkins urged the public to reconsider any plans to see Chicago in the future.

“How many more jazz-rock lovers have to die before we take this problem seriously?” Watkins asked wearily. “People should be able to come together and listen to sweet, adult-contemporary melodies without fear of getting their brains blown out during a horn solo.”

Famed for soft-rock classics like “If You Leave Me Now” and “Saturday in the Park,” Chicago’s penchant for violence has shadowed their career like a dark cloud.

“Most people don’t know this, but my real job in Chicago was erasing all the gunshots in their studio recordings,” producer James William Guercio said. “The band loved their ‘studio pops.’ When we were laying down the tracks for ‘If You Leave Me Now,’ they must have squeezed off 75 rounds of live ammunition in the booth.”

“They would have piles of guns on their coffee table,” Fagen said. “We’re talking pistols, pump-action shotguns, Old West revolvers, submachine guns — enough firepower to take out a police station.”

When asked if he thought their gun collection was unusual, Fagen shook his head.

“I used to have a pistol on each hip and a butterfly knife tucked into my sock all the time,” Fagen said. “[Steely Dan guitarist] Walter Becker carried a live grenade stuffed down the front of his pants in case shit got real. Everyone in jazz-rock was strapped back then. Chicago was no different.”

In the report, investigators claim ex-Chicago singer Peter Cetera was “the gasoline that made Chicago’s gun violence burn brighter.”

“You know how people in John Woo movies are always diving and firing two guns at the same time?” asked Special Agent Patricia Longford, one of the report’s co-authors. “Cetera invented that. I saw him do a stage dive in ‘83 where he took out half the Tijuana Brass with headshots. He’s an angel of life with a mic, and an angel of death with a handgun.”

Even President Trump vowed to step in if the band won’t police themselves.

“Love Chicago — some of the best music of our generation,” Trump said. “But this carnage must stop. 415 dead horn players, 156 dead rhythm guitarists — real sad. If Chicago can’t get itself under control, I will send in National Guard reinforcements from Kansas.”