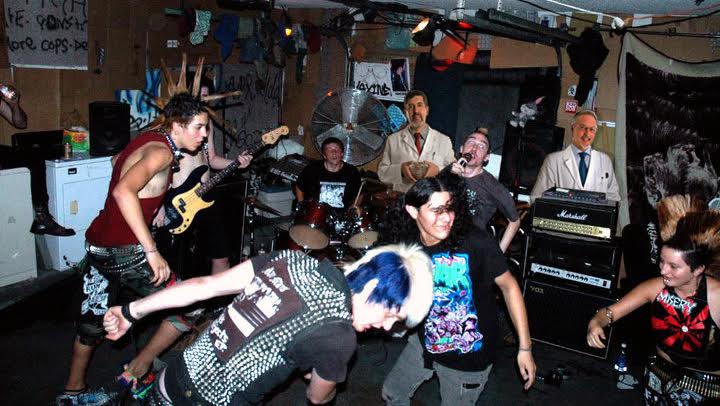 Experts say the garage has only grown hotter since they started keeping records two years ago, during a span of over 20 DIY shows.

“Joey’s garage is an awesome venue for shows,” said Joey’s friend, Izzy Klein. “But people don’t understand it’s a precious resource. They’ve been overusing it. The environment in there is just getting worse and worse.”

Climatologists attribute the rising temperatures to several causes. “You’ve got a pit in the middle that generates a strong updraft, creating hot air that has no place to go,” said Dr. Lucy Raker of the now-defunct ITT Tech. “We’ve studied that garage. It’s a shithole. It used to be where Joey’s dad drank beer with his buddies until he moved out after the divorce.”

Dr. Raker added that body heat wasn’t the only factor contributing to the hazardous conditions. “The amount of greenhouse gasses released at events like these is stupefying,” Dr. Raker continued. “In a setting like that, you can truly fart with impunity. Everyone’s suspect.”

With the garage scheduled to host multiple shows in the next two months, ventilation is reaching a critical stage.

“We’re really at the tipping point now,” Brinder admitted. “It used to cool off at night, but the temperature hasn’t been dropping at all in between shows anymore. We’ve been using the little side door because the overhead door’s broken. It’s just a regular fucking door… with, like, 50 people in there. If we don’t find a way to get the overhead open, we’re in trouble.”

After health experts urged showgoers to closely monitor their heat regulation and water intake, Klein worried openly about the threat of dehydration. “Joey’s dad took the utility sink out of there last fall,” she said. “Now it’s total drought conditions.”

At press time, Leonardo DiCaprio and a Netflix crew descended on the garage to film a documentary about the scene’s changing climate.

Photo by Rachel Fivis and The Hard Times Staff.