“That Chick Is Crazy,” Says Man with Face Tattoo and History of Arson 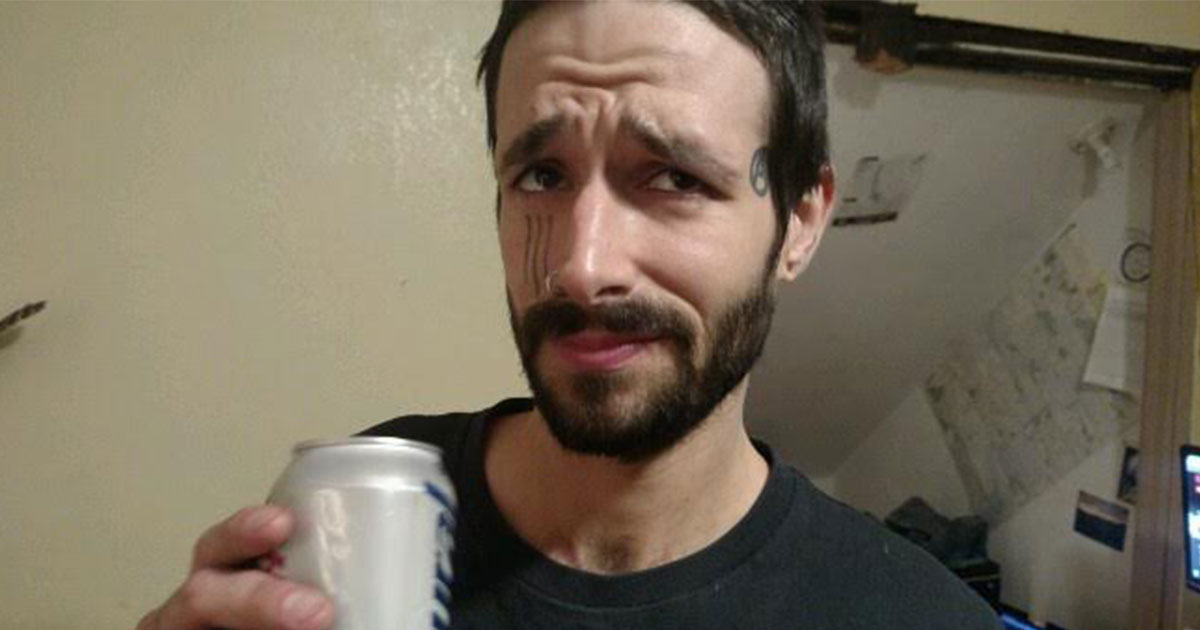 OLYMPIA, Wash. — Local wildcard Gabe Lawrence, sporting a fresh “Anarchy” tattoo on his temple meant to commemorate his mistrial for arson charges, gave a terse description last night of his ex-girlfriend, Laura Coates, noting only, “That chick is crazy,” according to friends inquiring about the status of his relationship.

The curious friends were reportedly surprised by the response, claiming Coates had a “calming effect” on Lawrence.

“While they were together, Gabe was only arrested twice — which is crazy, because usually, it’s, like, four times a month,” said longtime friend Blake Pfaffer. “Laura seemed to ‘get’ him. She even got him a terrarium for the scorpions he grabbed from the desert as ‘pets.’”

The couple initially met when Coates helped wash pepper spray from Lawrence’s eyes after police maced him for breaking the window of an Urban Outfitters with his forehead. The two became romantically involved soon after.

According to Lawrence, evidence of Coates’ insanity included texting him twice in a 12-hour period, using the phrase “if, in a few years, we move in together,” eating off his plate, asking what his weekend plans were on a Tuesday, uninvited PDA, and showing up at his apartment unannounced.

“She, like, showed up at my apartment crazy early one morning, banging on the door, yelling my name and shit. She was obsessed with me. Chick’s got a screw loose,” said Lawrence while casually scalding his forearm with the heated tip of a Zippo.

“I remember that. I surprised him with coffee and donuts at 10 a.m.,” said Coates. “This was on a Tuesday, by the way. It’s not like I penned his name in gasoline outside his place and lit it on fire, like some people I know.”

The half-year relationship ended unceremoniously when Coates texted to see if Lawrence wanted to come over, to which Lawrence replied, “Nah.” Lawrence then ended communication despite a few more attempts. “Oh my god, she, like, stalked me,” Lawrence said. “She wouldn’t stop calling and texting.”

“I thought he might be hurt or dead,” said Coates. “Knowing Gabe, it isn’t that crazy of a notion. I’ve bailed him out of jail three times and taken him to the ER twice.”

While Coates said she “just wants to be single for a while,” Lawrence has re-joined the dating pool. “I’m looking for a woman that isn’t too needy, doesn’t play mind games, and likes to do LSD and throw stuff in the reservoir,” he wrote in his Tinder profile.