BREAKING: Congressmen Scatter as Cops Show Up to Shut Down Government 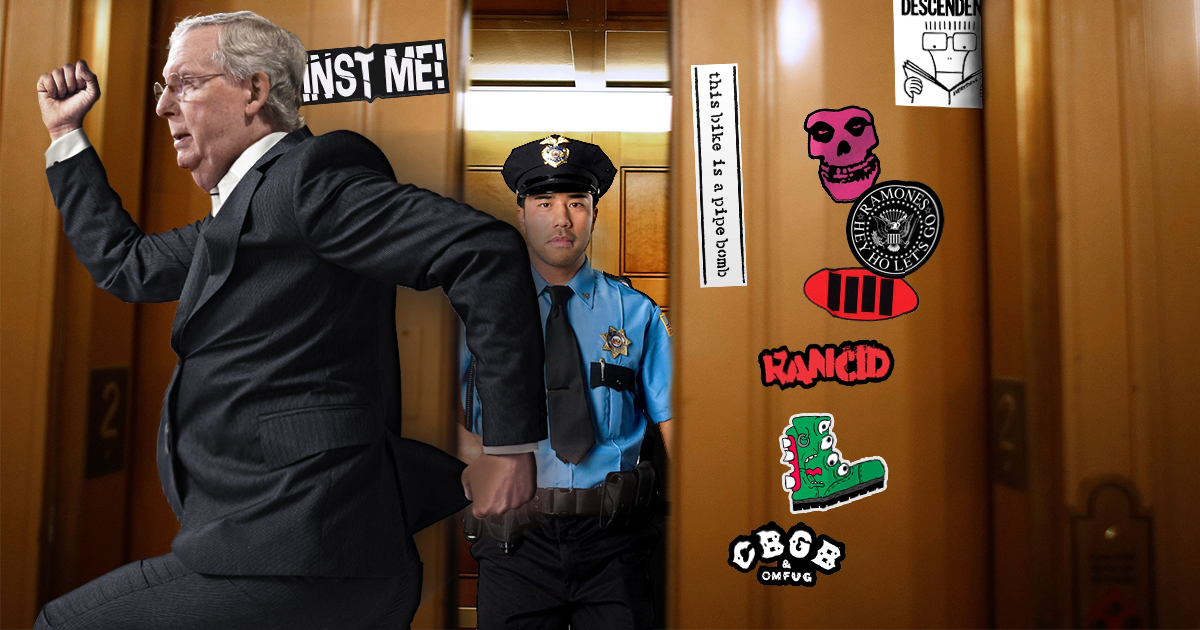 “Shit, I haven’t seen this venue so wound up since the Great Recession, or that time [Louisiana Rep. Steve] Scalise snuck a baby gator into session in his briefcase,” said Roy Blunt, Republican senator, after deftly avoiding D.C. police. “But like I used to say back in my state government days — can’t stunt on Blunt, baby!”

Police reportedly apprehended six freshmen congressmen attempting to evade capture by authorities, including both the minority and majority whips, a few of whom were caught attempting to squeeze through the venue’s basement window.

“This isn’t the first time we’ve had to come out here and it probably won’t be the last,” said MPD officer Corinne Diaz. “Neighbors say it’ll be three or four in the morning and these guys are still loudly trying to blame each other for something they are all involved in. People are trying to sleep.”