Björk Vanishes After Fan Tricks Her Into Saying Name Backwards 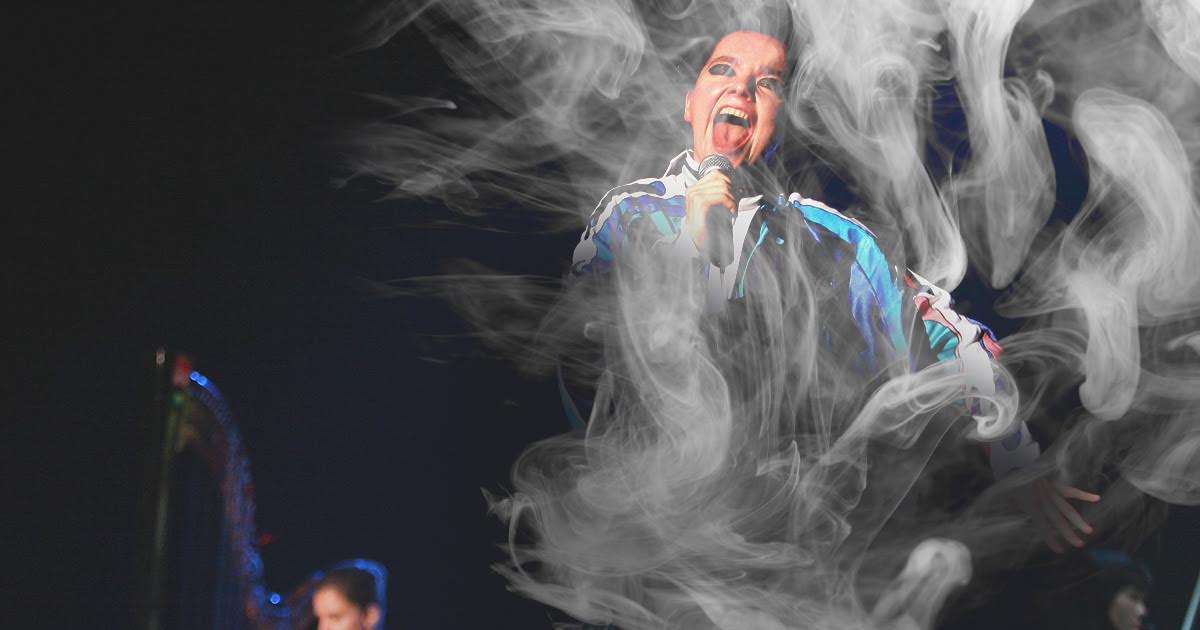 “One minute she’s singing some warbly, atonal song — which, I guess could describe any of her songs — and then, poof. She’s gone,” said witness Nick Benson. “The last thing I remember was her reading her own name backwards aloud to herself after seeing it written on a fan’s sign, then disappearing into a cloud of smoke and swan feathers.”

Members of Björk’s backing band were confused, mistaking her sudden dematerialization for part of the stage show.

“It happened so fast: Björk vanished, then some guy in the crowd holding the sign screamed, ‘I did it! I sent her back to her dimension,’” said touring harpist Zeena Parkins. “We thought it was some performance piece she cooked up without ever telling us — she’s always pulling shit like that. But we got worried when she wasn’t on the tour bus.”

“You all think I’m crazy, but you don’t understand. The Björk had to be stopped,” said a visibly distraught Englund in a leaked recording of the police interview. “The only way to banish her and her music from our realm was to trick her into saying her name backwards. You should all be thanking me.”

“Northern European legends predating Christianity speak of slight, mischievous pixies — called ‘Björks’ — who were known for groundbreaking, esoteric music,” said cryptozoology expert Emily Gilbert. “And, much like the Yeti and Sasquatch, each culture has its own variation of the ‘Björk’ myth. In North America, we have the ‘Joanna Newsom’ and the ‘Feist,’ while in the UK, they refer to them as ‘Kate Bush.’”

“Scientists might claim these stories are purely fictional, and that Björk is simply a human, Icelandic musician, but the legends had to come from somewhere,” she added.

At press time, the singer was still missing, despite Englund’s claim that Björk visited him in a dream and offered riches beyond his wildest dreams in exchange for assistance in re-entering our realm.