Haunted Punk House Terrifying for Whole Other Slew of Reasons 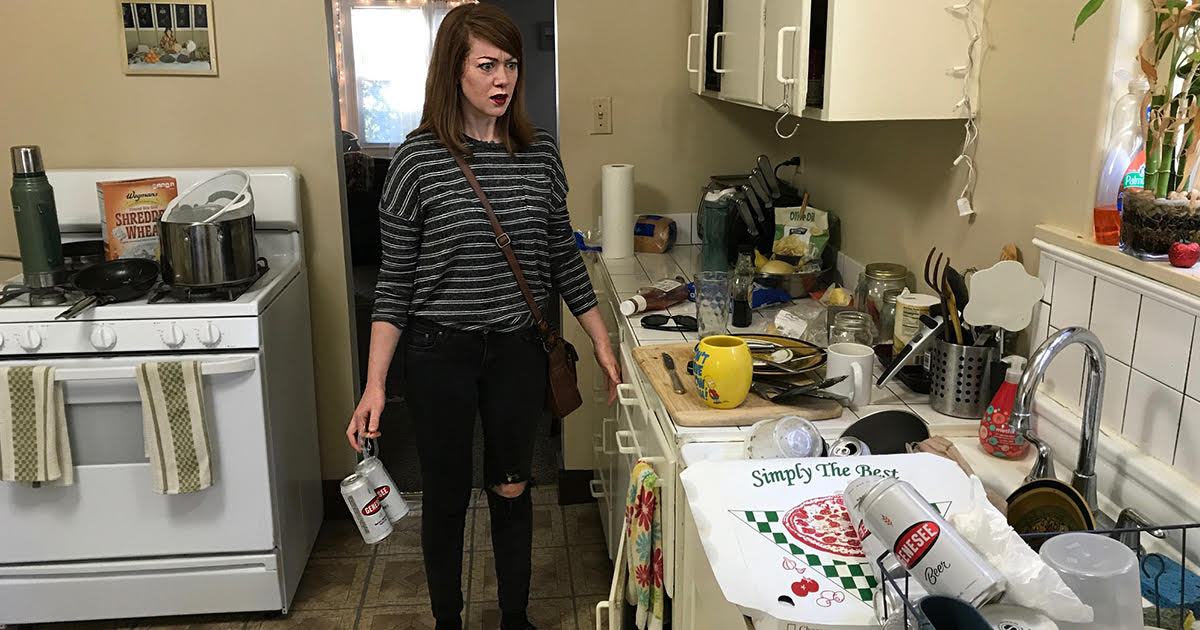 WILKES-BARRE, Pa. — A punk house haunted by multiple ghosts is terrifying visitors who dare to cross its threshold for an entirely different set of reasons than the otherworldly forces that dwell inside of it, frightened sources confirmed.

Inhabited by the spirits of slain former residents Beth and Max Connor, the nightly paranormal activity has reportedly been overshadowed by the disgusting living conditions of the current housemates.

“We’ve been haunting this home since ’92, and we never had a problem scaring people out until these kids moved in,” said the ghost of Beth Connor. “Now, we can’t even get the guy on that soggy porch couch to wake up, no matter how many empty bottles and unwashed pint glasses we break — it just mixes in with all the other broken glass. No one notices.”

Despite their attempts to horrify the current tenants into leaving, the ghosts’ antics have so far been no match for the uncontrollable dogs, putrid refrigerator, and “70 million bags of garbage” inexplicably left on the front porch despite the pick-up curb a mere seven feet away.

“Honestly, I just don’t know what to do anymore,” the ghost of Mr. Connor added. “What’s the point of trying to instill the sensation that bugs are crawling all over them when there are already actual bugs in every discernable fabric and unpainted wood surface in this shitbox? This is easily the worst shape this house has ever been in, other than the night my wife and I were decapitated by that madman who escaped the asylum, of course.”

Scene regulars and touring bands have witnessed firsthand the horror within the repulsive three-story home.

“Oh, yeah — we stayed there once on tour and just barely made it through the night,” said drummer Felicia Moore. “A lot of inexplicable shit was going on. The bathroom sink was covered in, like, algae slime or something, and the whole place smelled like a litter box… but I never saw one anywhere. Or even a cat, now that I think about it. Creepy.”

At press time, several local children were seen daring each other to run up on the porch and grab one of several empty beer cans as a souvenir.