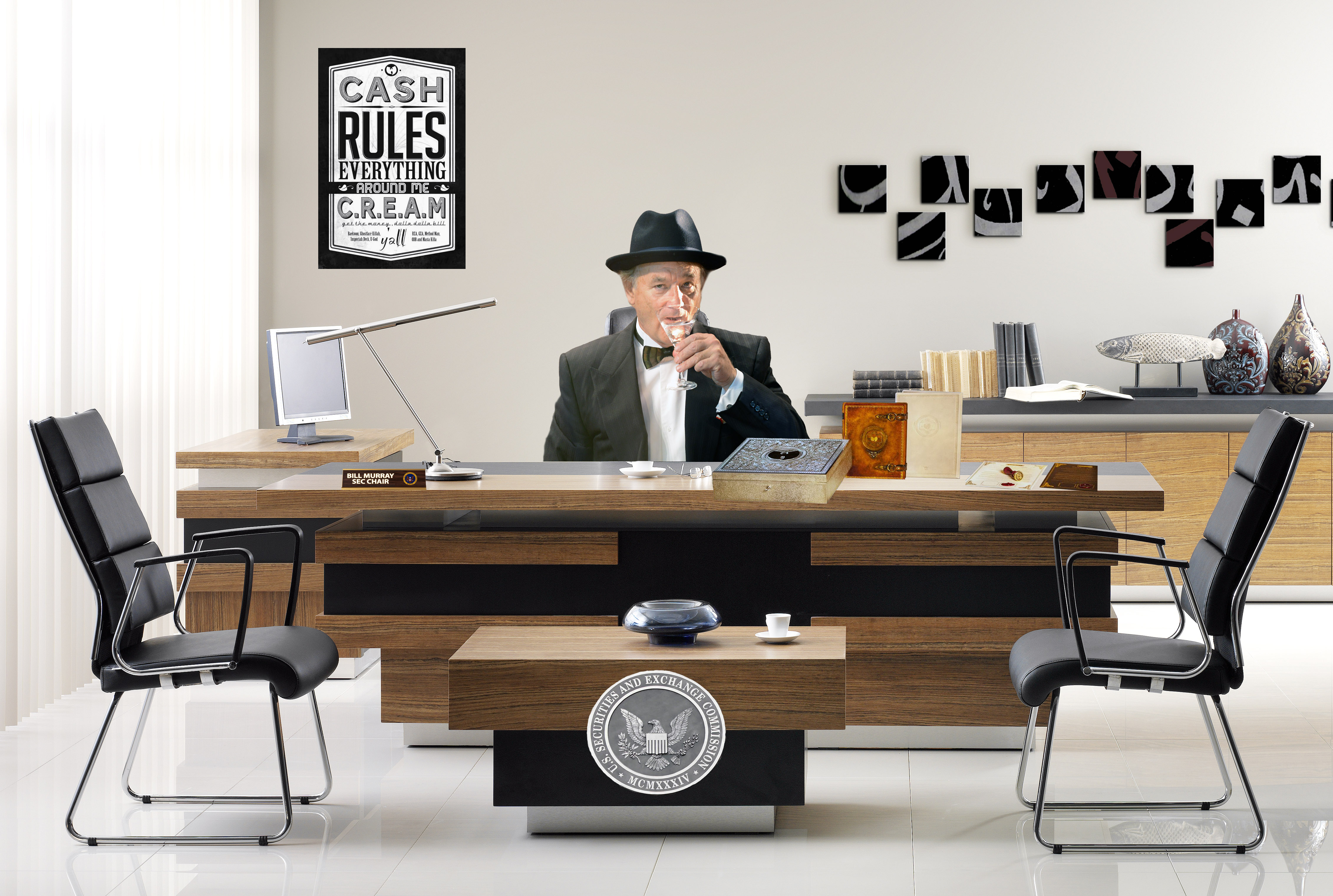 Mr. Shkreli made headlines last week when he purchased the one-of-a-kind Wu-Tang Clan album, Once Upon a Time in Shaolin, for $2 million. An examination of the buyer’s agreement revealed the album could be stolen back in a heist scenario by members of the Wu-Tang Clan or Mr. Murray — something most took as a light-hearted goof.

“This is wild, right?” said Mr. Murray, eating a pile of cold hot dogs from his desk in downtown Washington D.C., where he now manages thousands of employees tasked with enforcing Federal securities law. “I never thought it would be this easy. I just walked into the SEC, made some Caddyshack references, and now, here I am putting that dweeb behind bars. What a hoot.”

Wu-Tang Clan member RZA, who openly battled with Shkreli about ownership of the album after it was sold, was happy to see the CEO in handcuffs.

“I wanted to just go grab the album back in the middle of the night, but Bill just kept saying, ‘Nah, I got this,'” he said. “SEC rules everything around Martin.”

Before returning to his new-found duties of protecting investors, maintaining fair, orderly, and efficient markets, and facilitating capital formation, Mr. Murray made a brief statement to the press.