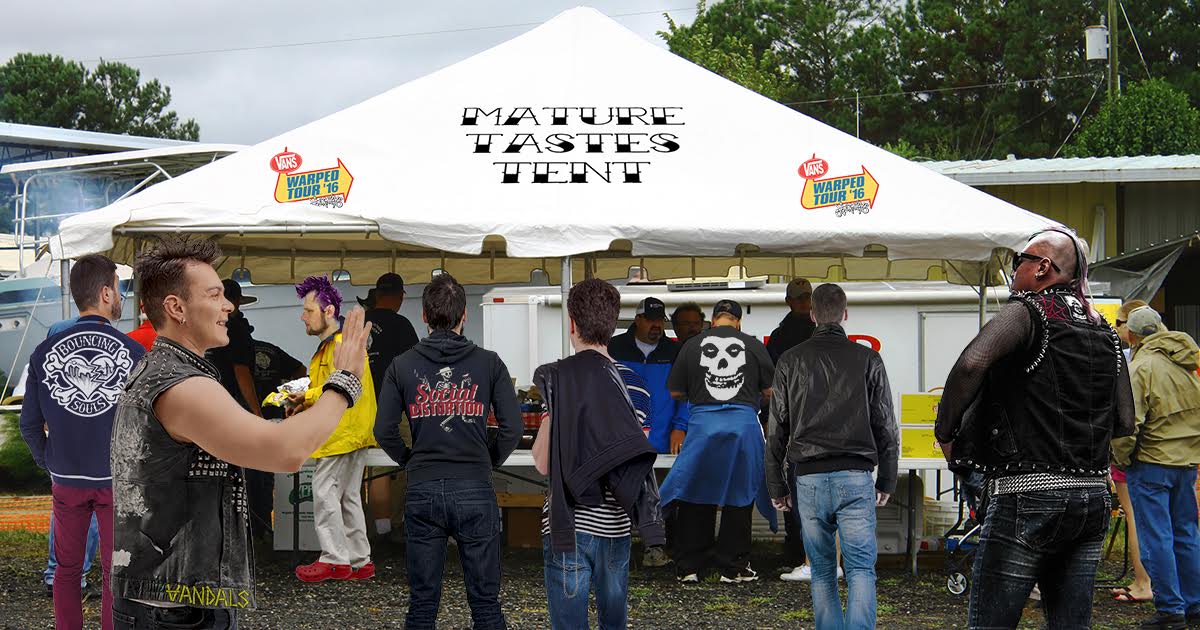 PORTLAND, Ore. – Shortly after announcing this year’s lineup, Warped Tour revealed plans for a new tent for adults to voice their disgust about the bands performing and lament how much better the festival used to be.

The tent, sponsored by Ashley Furniture, provides an alternative for adults who attended Warped Tour as teenagers but still refuse to accept they have grown out of the tour.

“We think this will really help unite the 20-year-olds who still come to Warped Tour with the 40-year-olds who went long ago, but now have to come to the tour to watch their kids,” said tour founder Kevin Lyman. “And we know that all of our bands are happy to stop by the tent and learn how they are ‘making music the wrong way.’”

Some of the tent’s features include a fantasy football station, complimentary golf lessons, and a television showing only cartoons from the 1990s. The highlight of the day, however, will be at 4 p.m. daily, when Less Than Jake visits the tent to sign autographs.

“What kids these days need to understand is that they’re being fed music which they think is cool and edgy, but really isn’t that much different from pop music,” said tent founder Richard Mortensen, Ashley Furniture’s Head of Youth Marketing. “Not like when I used to come to this tour and see real punk bands like Mad Caddies.”

The tent is expected to close at 7 p.m. every night as most patrons will have left to wake up early for work the next morning.

“I think the best part of the day was when I found someone just as upset as me about the increase of the ticket price,” said attendee Sarah Klandermann. “It’s great to finally be able to complain about these things without having some jerk interrupting us about Motionless in White.”

Following the first day of the tent, attendees noted the experience was “good, but not as good as the old Playstation 2 tent.”