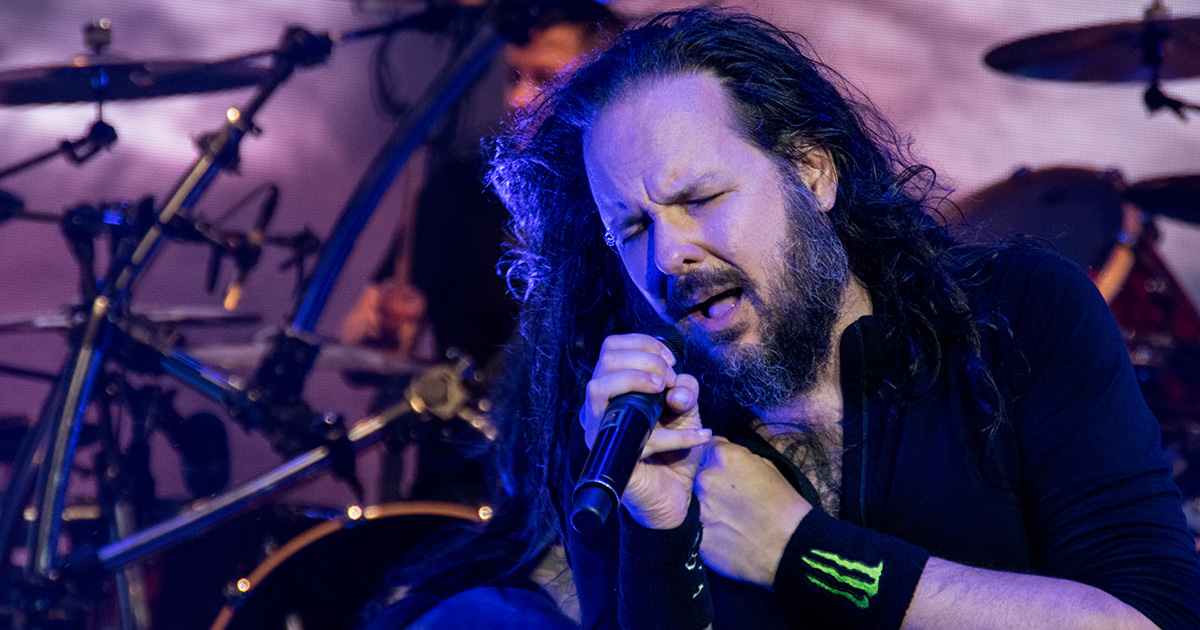 “Something was very wrong there,” said Korn fan Kendall Royer. “When I was up at the front, he kept reaching down and grabbing at me. At first I thought he was just getting really into the music… but then I saw that naked, animal fear in his eyes. My God, those eyes — like the eyes of a terrified little boy, but not the cool, edgy little boy from the first album. I think someone should’ve called an ambulance.”

Concertgoers were not the only ones to sense Davis’s terror. Indeed, other members of Korn expressed their worry after awkwardly shuffling offstage an hour into their singer’s episode.

“Man, he’s really dug in this time,” said Korn guitarist Munky immediately after the show. “We usually just let Jonathan do his thing — at a certain point, he usually switches over to the bagpipes — but Jesus, I couldn’t play anymore. I ran out of riffs. I hadn’t seen him go that hard since the ‘making Ross Robinson buy us meth’ days. I’m getting kinda concerned here… the scatting thing is a staple of the set, but the mouth foam is new.”

“Anyway, people are starting to leave, so maybe we… wait, is he pissing his pants? Oh, God. Oh, shit,” Munky concluded.

Davis, whose reputation for on-stage provocation had faded prior to this incident, showed no signs of slowing as his shrieking non-verbal performance entered its fourth hour.

At press time, Davis was seen thrashing on a gurney as paramedics scrambled to find a sedative that would have any effect on him.