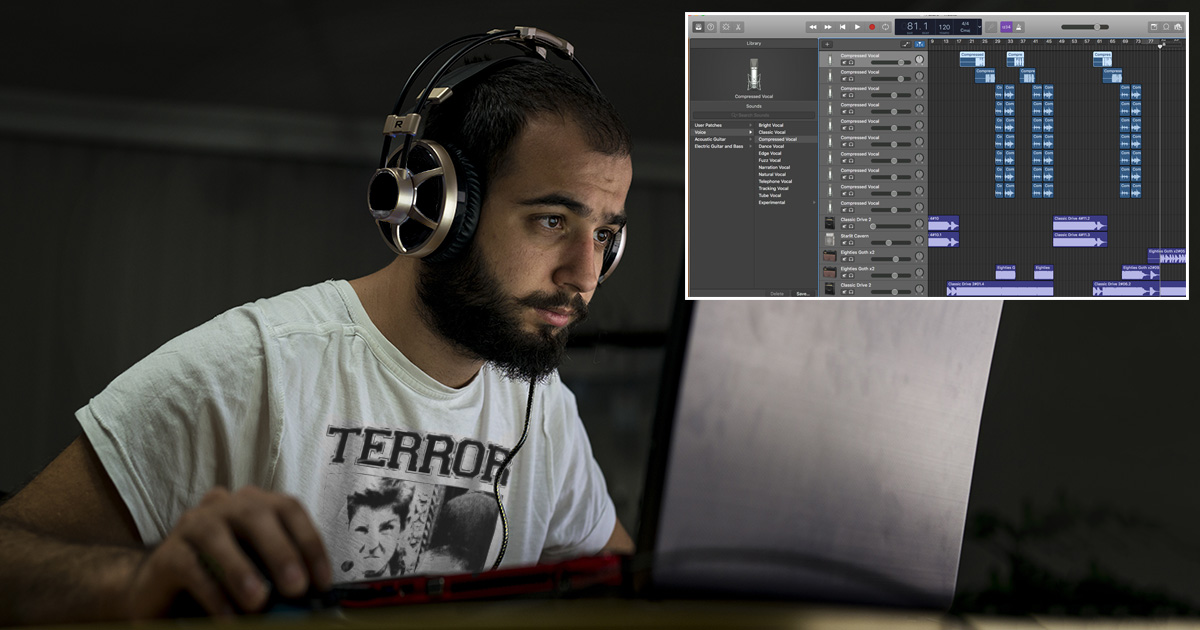 NEW YORK — Singer/multi-instrumentalist Corey Mathis successfully created the illusion of gang vocals last week by re-recording himself dozens of times, according to the credits of his group’s Bandcamp page.

“I don’t exactly have a ‘crew’ to bring in, since I do everything on the records… and also, I have no friends,” said Mathis from his darkened bedroom. “But, you don’t need a gang of people to do gang vocals — all you need is the patience to record a chorus 47 times in a row. Instant gang!”

Those close to Mathis and his band, the Wayfield Conspiracy, were somewhat confused by the choice.

“He plays everything on the records, but, like, he has a full, live band. Why don’t they do it?” asked roommate Beth McAdams. “Also, 47 times might be a little excessive. It sounds like a protest chant with that many people. Gang vocals are for throwing your untalented friends a bone and getting them on an album. Nothing more.”

While solo gang vocals can result in the entire gang having the same voice, Mathis was prepared for such an issue.

“Well, obviously, it can’t just be my same voice over and over again,” said Mathis. “So I do different voices for each take. I have 14 different characters I bring into the studio with me, each with an extensive backstory. They all have their own Facebook pages and everything.”

Music historians confirmed this is not the first time a single musician has provided their own gang vocals.

“Scott Vogel of Terror is notorious for recording himself multiple times to get the perfect gang vocals,” said local record store clerk Jared Palmer. “Hardcore frontmen are so afraid of being stabbed in the back; sometimes it’s safer just to take gang vocals into their own hands.”

After finishing tracking, Mathis allegedly began work on the Wayfield Conspiracy’s live album by recording himself as an excited audience member 10,000 times.