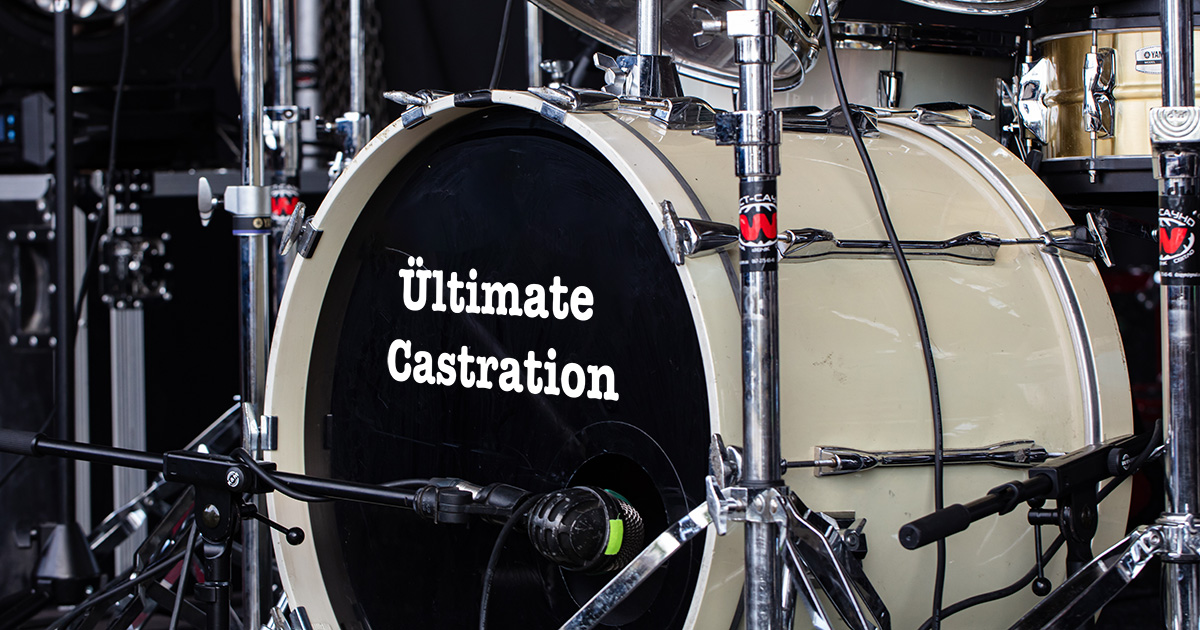 FRANKENMUTH, Mich. — Local grindcore band Ültimate Castration came under fire for adding a completely unnecessary umlaut over the ‘u’ in its name, an addition that does not serve any linguistic function.

“Before they added it, they were just a kickass local band that I let crash at my place once or twice,” said former friend of the band Jens Stevenson, of the uncalled-for umlaut addition to the name. “But now they’re way too serious, and those dots are the icing on the cake. They think that the umlaut will cement their supposed status as heir to the Assück throne. Now I can’t even look them up without using a goddamn alt code, not that I would ever need or want to.”

“Yeah, man, all of these legendary bands have those little dots, whatever the fuck they’re called, in their names,” Merlman explained. “Tørsö, Leftöver Crack…that’s the real deal right there. We’re just following in their footsteps with this little upgrade. Plus it adds credibility, like how they say a teardrop tattoo means you killed someone. It represents something more than the dots. I don’t give a fuck what they’re supposed to do for pronunciation.”

Band name analyst Sadie Smith confirmed that this incorrect umlaut usage is not an isolated case.

“I’ve spent the last few weeks looking through band name registries, and the results are grim,” Smith disclosed. “There’s been a huge uptick in bands adding umlauts for purely aesthetic reasons. Hell, there’s even a group out there named Umlaut!, which I guess is actually preferred, in my opinion. Just because you’re putting two dots over an ‘o’ in your name doesn’t mean you’re the next Motörhead.”

At time of press, Ültimate Castration’s drummer suggested that the band “add whatever that little curly shit French people use” underneath the ‘c’ in their name instead.