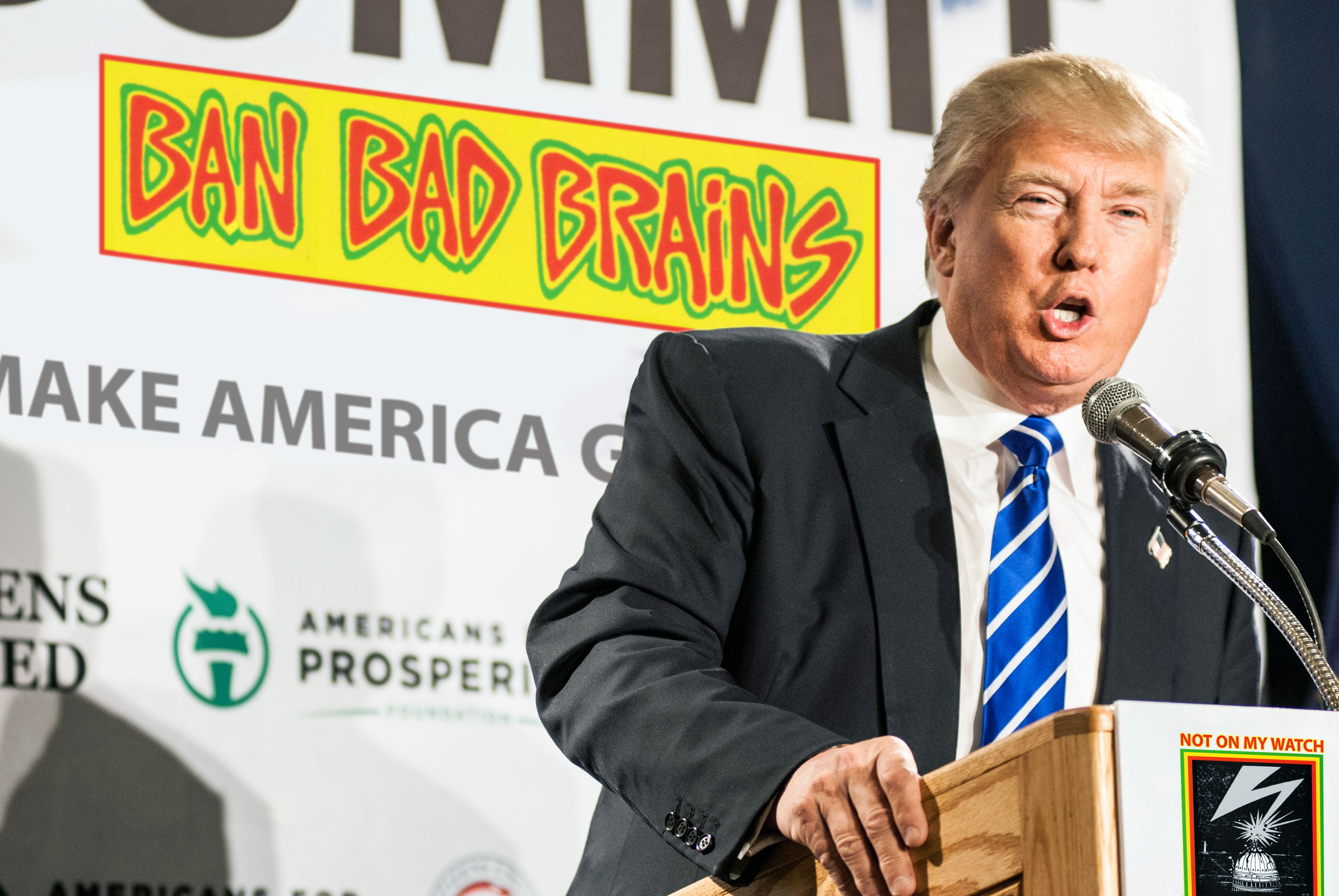 Saying that “PMA” among the band and its fans is “beyond comprehension,” Mr. Trump said in a statement that Washington needed to confront “where this attitude comes from and why.”

“These people have no respect for artists like Ted Nugent, or Dave Mustaine,” said Mr. Trump. “Until we are able to determine and understand this problem, our country cannot be the victim of mellow, introspective reggae right in the middle of a hardcore album.”

The extraordinary escalation of rhetoric drew sharp rebukes from both sides of the aisle.

“Trump and others want us to hate all Bad Brains,” said Bernie Sanders via Twitter. “99% of 1% of the top 2.5% of Rock For Light is real good, despite the overproduction.”

Legal experts say such a ban would not only be patently unconstitutional, but impossible to enforce, given Washington’s complete lack of borders. A bill would also be unlikely to gain the bipartisan support necessary for passage in either house.

“It certainly would be challenged as unconstitutional,” said Timothy Moser, a professor of law at Jacomette College and a prominent authority on hardcore. “Besides, President Obama has said he would veto any bill to reinstate the ban with the quickness.”

“Everyone knows their first album is fucking untouchable. Everyone.”