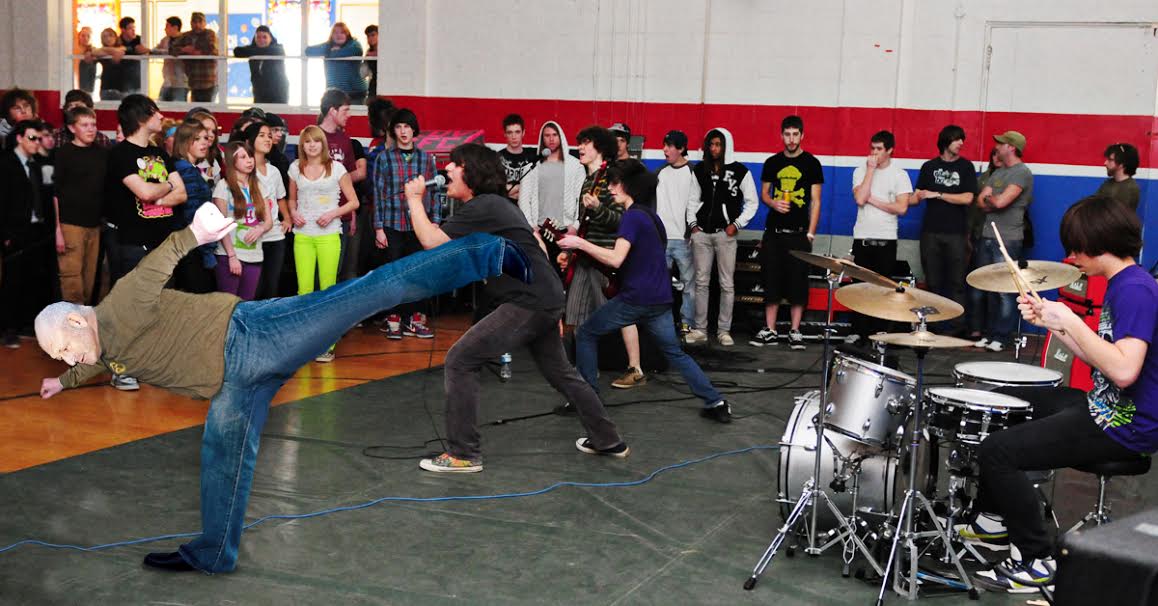 JACKSONVILLE, Fla. — Supportive father Doug Copper caught parents and students off guard by “tearing shit up” in the pit during a performance by his son’s punk band, Dog Days at the Samuel W. Wolfson High School ‘Battle of the Bands,” multiple maimed sources confirmed.

“We were just getting into the swing of things — the crowd seemed pretty into it, and then I saw my dad just wrecking house,” said Sam Cooper.  “He was windmilling like a madman and at one point he deliberately spin-kicked Vice Principal Rothman.”

As Cooper patiently waited for his son’s band to play, he showed no signs that he was about to “fuck shit up harder than many people had ever seen.”

“My daughter’s ska band played and he just politely nodded his head, but then when his kid’s band started up, that dude dropped some next-level cartwheels and started winging haymakers at the other parents trying to watch,” said fellow parent Ben Jacobs. “When he started throwing folding chairs into the crowd I grabbed my six-year-old and ran outside.”

Other attendees that tried to dance were put off by Cooper’s pit antics.

“I thought it might be fun to jump around a little, but I was out there for about five seconds before Sam’s dad charged at me and pushed me into the bleachers,” said freshman Eliza Sharpe. “Then he started punching the stage really hard and doing these weird mule kick things. I was completely over it by then.”

Dog Days frontman Eli Clark exacerbated the situation by dedicating a song to Cooper, who had to remove his shirt to cool off after the first song.

“I knew Sam was really embarrassed that his dad was going off. I haven’t even told my parents I am in a band for this exact reason. When I said ‘this song goes out to Mr. Cooper,’ he started clapping his hands super loud and stomping the floor. Sam was bright red,” said Clark, smiling. “He even did a one-man pile up to sing a long for a bit, I was psyched on it.”

After Dog Days completed their set, witnesses report Mr. Cooper chanted ‘one more song’ for two minutes and then sat in his pick-up truck for the remaining two hours of the show before taking the band out for pizza.