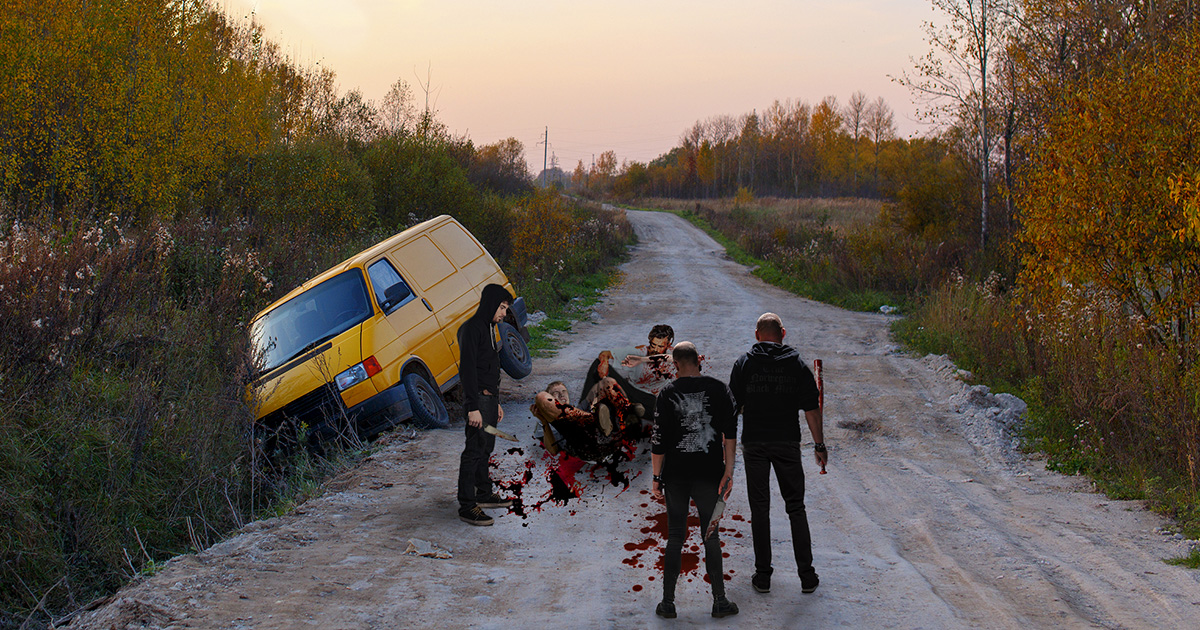 MOLINE, Ill. — Touring death metal band Spoilation reportedly wasted little time before eating drummer Vic Walsh after their tour van broke down, failing to consider any other options for survival before doing so, according to investigators.

“You weren’t fucking there, man. We were desperate,” claimed frontman Joel Weiss about the band’s collective decision to overpower and consume their drummer. “It was a fight for survival! The temperature was dipping into the low 50s, and there was a 15 percent chance of rain. What did everyone want us to do, starve to death?”

Evidence found at the scene, however, indicated that the band’s surviving members didn’t even try to think of other options before killing, dismembering, and imbibing an unsuspecting Walsh.

“Their van broke down not a quarter mile past a sign for a Wendy’s, McDonald’s, and Bob Evans Restaurant off the next exit just a stretch down the road,” said senior investigating officer Cheryl McCombs. “Plus, the half of a Subway Cold Cut Combo, unopened package of beef jerky, and tray of gas station nachos found inside the van doesn’t look very good for their case, either. The nacho sauce was still warm when we got there and everything. Just awful.”

Police confirmed that all members’ phones were in proper working order, yet AAA or 911 were never called for roadside assistance. Further, a simple search of the bands’ purchase history revealed they’d bought a Ginsu knife set, a smokeless Hibachi, and the book “Ordeal by Hunger: The Story of the Donner Party” by George Stewart just before leaving for tour.

Regardless of the evidence against them, members of the band stand by their decisions.

“I was more animal than man… I didn’t know what I was doing,” guitarist A.J. Larson said. “Thank God I happened to have read instructions on how to flay a human cadaver just last week for a song I was writing, or we all would have been long-dead by now.”