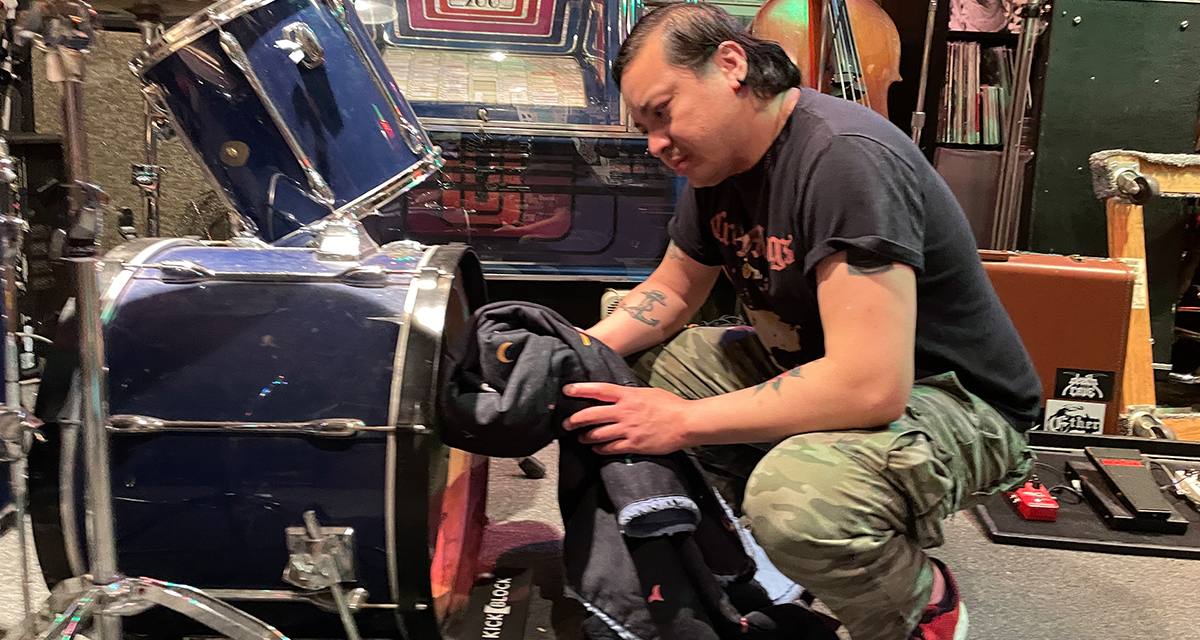 FITCHBURG, Mass. — Local drummer Andrew Kingston is reportedly ecstatic after seeing the tremendous results that placing a tiny, stinky, old blanket inside of his kick drum has had on the band’s overall sound, confirmed multiple impressed sources.

“They’ll write about this moment in the history books. This is going to have the same impact as Dylan going electric,” said Johnston while sitting in with his grind band Penile Amputation. “Originally this blanket was just something my parents kept in my backyard, then a stray dog had a litter of puppies on it and I considered throwing it out because it smelled so bad my neighbors complained. Then one day I put it inside my kick drum and it was like that scene in ‘The Wizard of Oz’ when it goes from black and white to color. and now it’s found a home inside my kick drum.”

Johnston’s mother, the original owner of the blanket, doesn’t quite get her son’s excitement.

“That blanket is 37 years old and it smells like the dumpster behind a seafood restaurant took a shit inside a hot car,” said Carla Johnston as she did her adult son’s laundry. “I told him I had nice new blankets with a higher thread count that he could use but he kept insisting that the stinkiness was ‘part of it.’ I just hope he doesn’t get sick from touching it, I know I’ve thrown up on that blanket at least four times and there was that raccoon a few years back that got hit by a car and ended up dragging itself under the blanket to die.”

Famed drumming expert Paul Dingle said this is part of a rich history of drum enhancement technology in rock and roll.

“They’ve stumbled upon the best-kept secret in music. Bands throughout the years have used everything from smelly quilts to duct tape on their snare to revolutionize the way we all experience the art of the drum,” said Dingle as he piddled away on his custom travel size bongo. “It’s said by many that Zeppelin was a complete failure until John Bonham discovered the impact placing his drum set on a small carpet had on the rest of the band. Some would say that carpet tied the whole band together”

Early reports indicate that the blanket is directly responsible for Penile Amputation’s sudden increase in Spotify plays from a cumulative 150 all the way to 162.