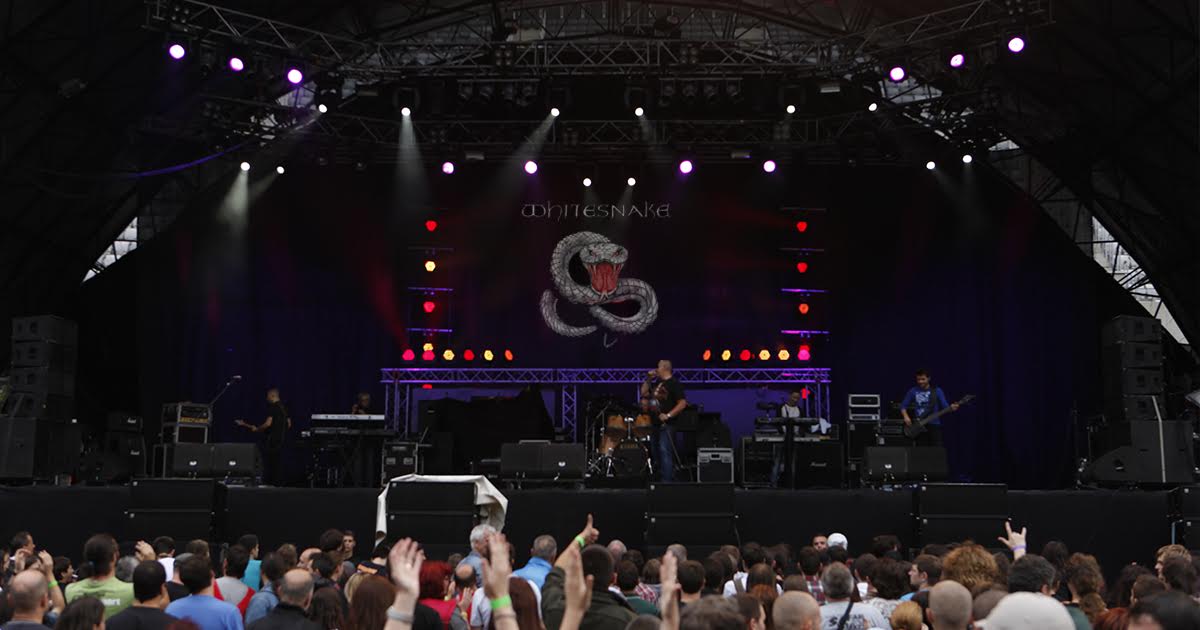 LOUISVILLE, Ky. — Music fans at the Kentucky State Fair were surprised and depressed last week to learn that what they thought was a Whitesnake cover band was actually the real Whitesnake, multiple sunburned sources confirmed.

“These four balding, middle-aged dudes took the stage and started playing ‘Fool For Your Loving,’ and I remember thinking, ‘Hey, they sound pretty good,’” said Taylor Bursavich, one of many mistaken fans. “But when the guitarist got on the mic to explain how he came up with the name Whitesnake… man, it was a real bummer.”

The crowd was immediately disillusioned upon learning that the writers of “Is This Love” had fallen so far.

“I was so much happier when I thought these were just old guys in a cover band with boring day jobs, not old guys who rely on State Fair gigs as their primary income,” said Randi Hess, who struggled to enjoy herself for the rest of the day. “The worst part is when they played ‘Here I Go Again,’ and some rough-looking woman dancing on top of a demolition derby car in front of the stage slipped and cut her leg open really bad. It really killed the whole vibe.”

According to Whitesnake’s management, the band had a series of multi-platinum albums and several Top 20 hits before their latest State Fair tour. However, most people in attendance, including medical tent volunteer Brie Mardigan, simply refused to believe it was actually Whitesnake playing.

“What? No way it was them. I mean, it’s the Kentucky State Fair. Plus, I saw the bassist chowing down a ton of funnel cake before the set. He even asked me for some Pepto,” said Mardigan. “Does that sound like a real rock star to you?”

Fortunately, Whitesnake lead singer David Coverdale seemed completely unaware of the crowd’s disappointment. He later tweeted, “Such a great show at the KY State Fair. We LOVE you, #Kentucky! See you in two months at the winter flea market!”