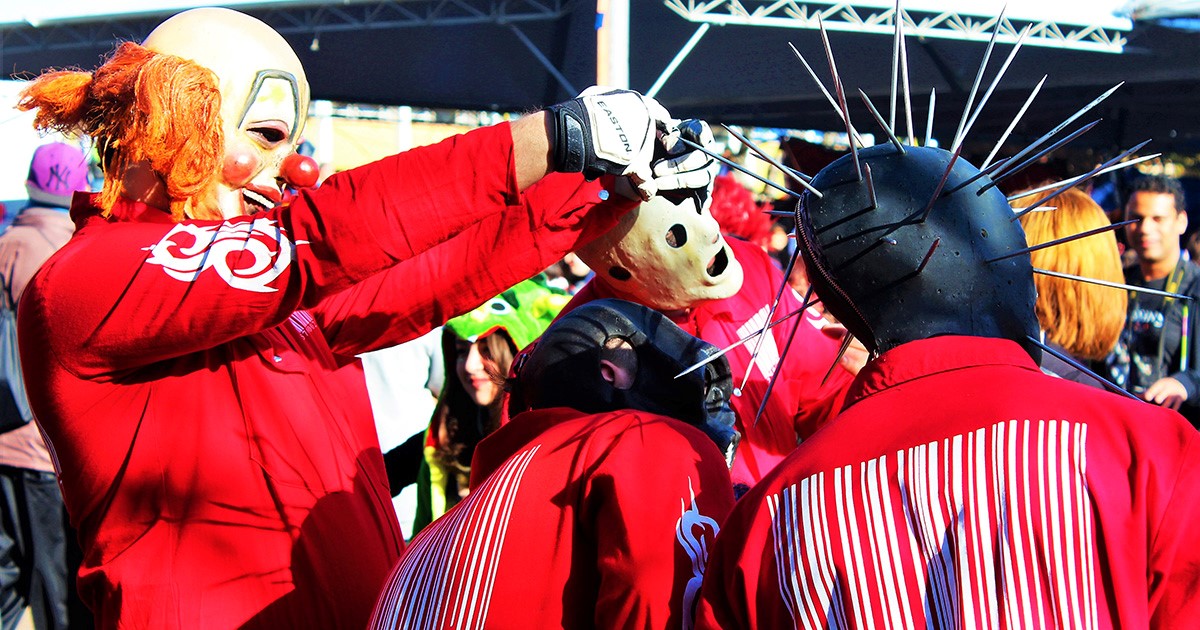 DES MOINES, Iowa — Heavy metal outfit Slipknot denied accusations again today that they are a ska band, despite having over a dozen members who often have nothing to do on stage.

“Sure, we’re ska. That’s why I’m very excited about our upcoming tours with fellow ska legends Behemoth and Metallica. Fucking dipshits,” said lead singer Corey Taylor. “Someone sent me a screen grab that Slipknot was ranked 7th on Apple Music’s ska charts. I don’t know which one of your twerps started this bullshit, but once I find you, I’m going to make sure your face gets acquainted with both of my fists.”

Research shows a growing online community known as “Skanknot Truthers” is responsible for the push to have the band reclassified as ska.

“They have 17 members and a brass section, the singer wears checkerboard Vans slip-ons, and they hop up and down on stage. They’re a ska band. Only ska bands hop,” stated ska scholar and head of the Skanknot Truthers Facebook group, Anthony Hazard. “Have you even listened to ‘The Blister Exists?’ ‘Pick, pick it up, pick up the pieces.’ They can continue to try to be tough guys with their masks, but we know these guys would rather be wearing bowling shoes and pork pie hats.”

However, many music critics believe Slipknot’s inflated lineup pushes them past the point of a band, and they should be considered something else entirely.

“Slipknot is certainly not a ska band — in fact, they aren’t a band at all,” said music historian Josh Flores. “According to the 2010 census, there were 22 members registered members of Slipknot. This makes them a baseball team… which explains why they often have guys wailing on beer kegs with baseball bats. Their ‘tours’ are a lot like the old barnstorm exhibitions of the past, where they go to small towns and set up elaborate shows. It all makes sense.”

In related news, the population of indie-rock band Broken Social Scene has swelled to the point where they will file paperwork to become an independent state.