Trumpeter Excited for Fourth Wave of Ska, or Funeral, or Really Any Opportunity to Bust This Fucker Out 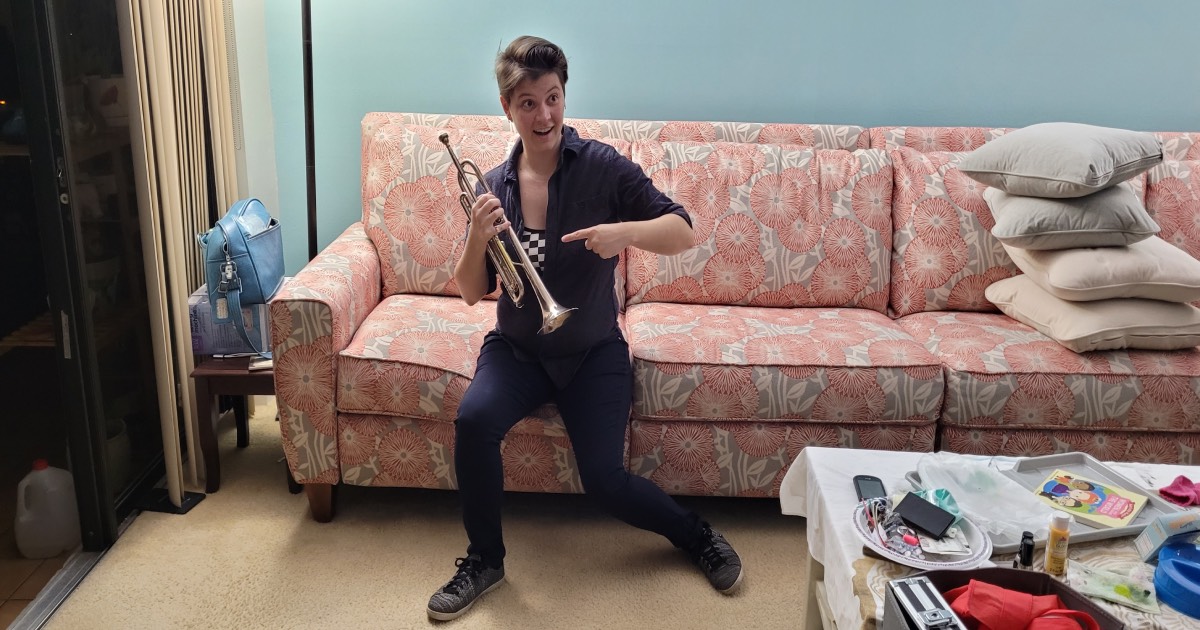 OLYMPIA, Wash. — Local trumpeter Danielle “Dani Blows” Garcia is anxiously anticipating a ska revival, spontaneous parade, Herb Alpert lookalike concert, or “maybe somebody can just drop dead,” a source who is “just waiting for a chance to bust that motherfucking trumpet out” confirmed.

“Sure, I could play ‘Taps’ whenever I feel like it, but I didn’t spend nine years at trumpet college majoring in trumpeting to not have my trumpet at the ready at all times,” said Garcia, stuffing a duffle bag full of differently sized trumpets. “I’m $70,000 in trumpet debt. If a Mariachi band comes up to my table at a Mexican restaurant, in a subway car, or walking around a plaza somewhere, I’m jumping right the fuck in. It’s been long enough.”

Garcia has been banned from local restaurants, venues, and downtown outdoor areas for her insistence on subjecting those around her to the horn.

“She actually used to work here,” said Maxine Rossi, owner of a patisserie downtown. “We stopped doing pickup orders because she kept yelling ‘pick-it-up, pick-it-up.’ She was supposed to wash dishes, but instead she would sit on the stairs and wait for people to slip so she could go ‘wah-wah-wah’ on that motherfucking trumpet.”

Local police have ticketed Garcia on multiple occasions for hiding behind cars during traffic jams and encouraging honking.

“I don’t like calling the cops on Dani, but once I saw her trying to have a conversation with a goose using a trumpet,” said the head of the neighborhood watch, Dirk Bowers. “And when that stopped working, she tried to teach it how to play ‘Superman.’ That’s when I had to do something. One Dani Blows is enough; if she teaches this goose, or anyone else, to play a fucking trumpet, the neighborhood is done for.”

As of press time, Garcia has uploaded a different video titled “TODAY IS THE DAY – SKA NOT DEAD” to your YouTube channel every day for the last 5007 days.