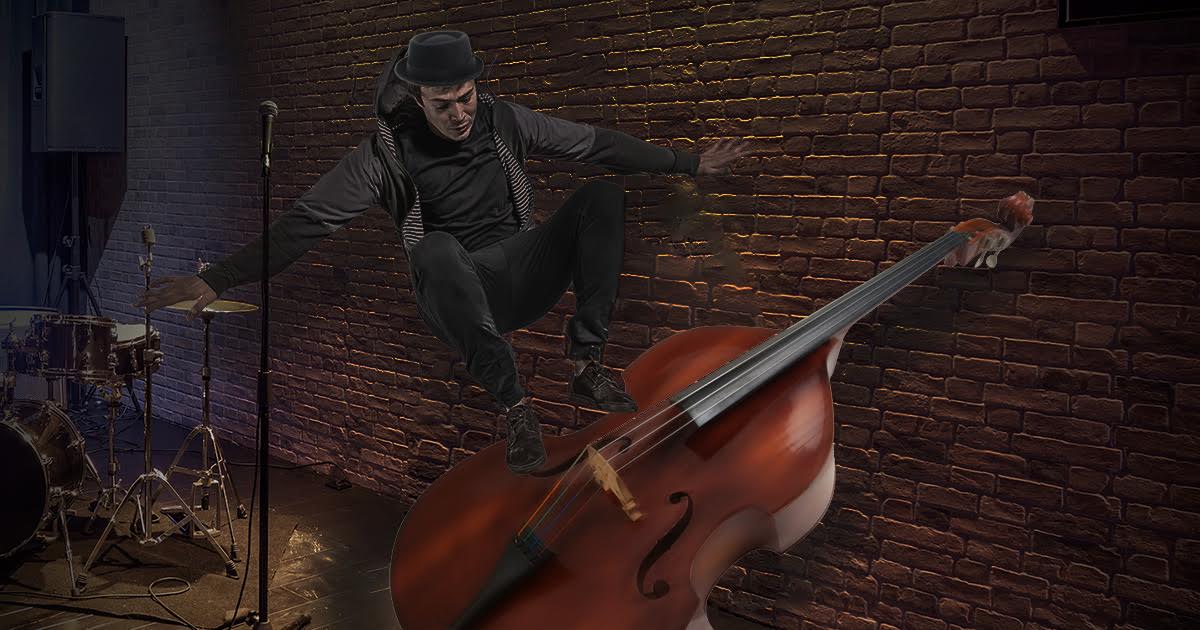 MEMPHIS, Tenn. — Rockabilly bassist Ralph Wadley landed the first ever kickflip with a stand-up bass last night while playing with Corvette Jonny and His Wildcat Orchestra, a move many experts are calling a landmark moment for the genre.

“Once the bassist for the Engine Revin’ Mountain Cats landed that 50-50 grind of her drummer’s cymbal stand, I knew someone was going to land a kickflip,” said Wadley, trying to downplay his historic achievement. “So I figured I might as well try it, and it worked.”

“I’m just glad I can help move the genre forward,” added Wadley. “Just because the music hasn’t changed for 60 years, doesn’t mean we can’t innovate on our bass tricks.”

Wadley’s bandmates say they were honored to be on stage with him when he landed the trick.

“It was unreal. We watched him try it over and over again in our practice space, but he could never land it,” said Paul “The Hair” Sitner, Corvette Jonny and His Wildcat Orchestra’s drummer. “Sure, he learned to ollie on his bass really fast, but the kickflip is a different animal. He’d always land it one-footed, upside down. I can’t believe he had the balls to try it live. And it worked!”

Unfortunately, a number of internet commenters have already attempted to discredit the bassist — pointing out that Sheila Zehnder, bassist for the street-punk band Spit Walk, landed a kickflip over two decades ago.

“Sheila’s a cheater. Anyone can do a kickflip on an electric bass. But a stand-up? That’s something else,” Wadley retorted. “When she switched to stand-up and started playing with Stevie Catz and the Wilin’ Mad Cats, I saw her try to stick another one, and she totally blew it.”

Wadley is reportedly attempting to turn the trick into a money-making endeavor, announcing a new GoFundMe initiative to help him purchase a new bass since his old one now has a “foot-shaped hole in it.”