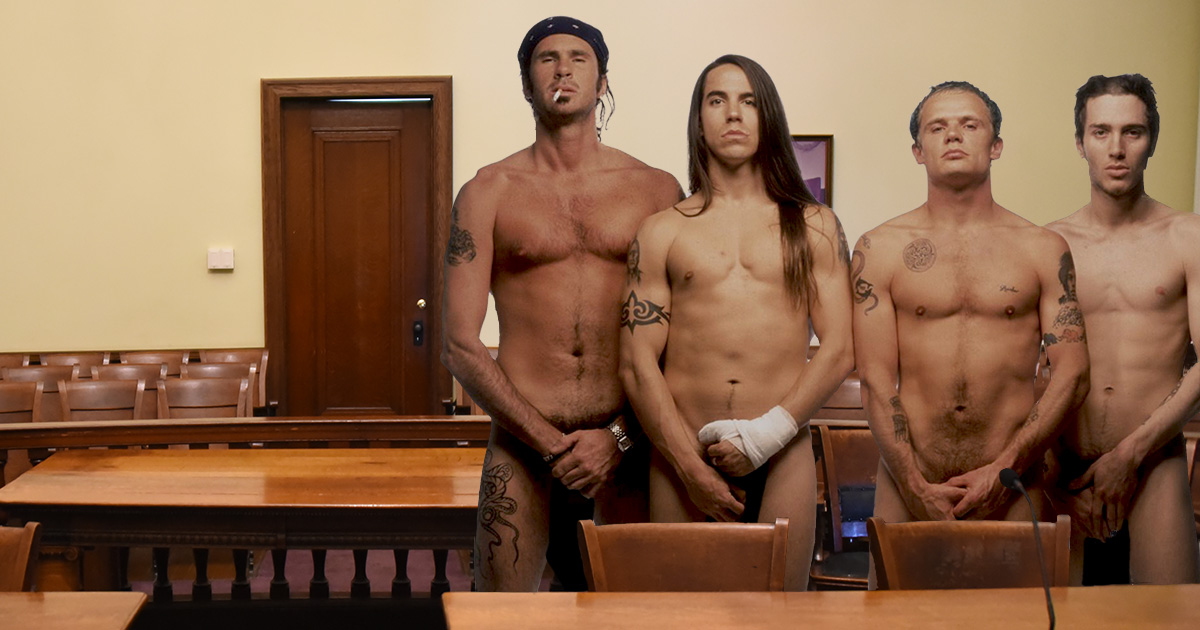 “Courts are so uptight, with ‘your honor’ this and ‘please the court’ that, so we didn’t want to get in any trouble for wearing gym socks. I think it’s a more commanding, dignified look,” Kiedis said of the sartorial choice, which was made out of respect for the judge and his courtroom. “People often regard us as silly, childish, and inappropriate, but when the jury saw our dicks covered in those low-cut Ralph Lauren socks, I think they realized we were definitely taking this seriously. Just think of how distracting it would have been if we wore long, white socks over our dicks. God, that would have been chaos.”

The judge in the Chili Peppers’ civil case, the honorable judge Marshall Weathers, claimed he appreciated the unusual tact and sincerity.

“These boys are known for shouting nonsense words and jumping all around, so I was apprehensive about them in a courtroom. But when I saw they had attired their penises appropriately, I was relieved,” Judge Weather said of the hosiery in question. “Sure, a tube sock would have covered their phalluses better, and maybe not have fallen off so much, but the look is undeniably classy. I’d never let them know this during the case, but under my judge’s robe, I was wearing the same thing.”

President of the Red Hot Chili Peppers Fan Club Emerson Bronson claimed this new look for the band was a letdown to longtime fans.

“The Red Hot Chili Peppers have officially become slaves to The Man,” Bronson said. “It sucks to be the only one to ever say this, but I think the band was better earlier on in their career. What’s next? Are they going to wear clothes to church? Fucking sell outs.”

In a later development, Kiedis and company were summonsed to defend themselves in a newly acquired public nudity trial later that same day.