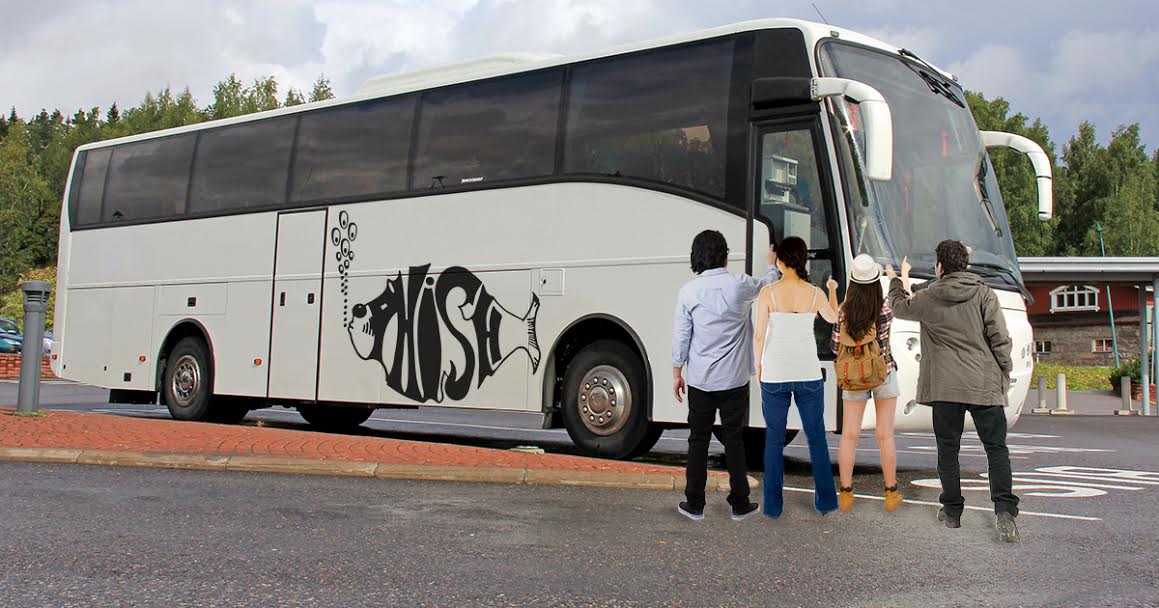 Although the tapping seemed harmless from the outside, Capshaw said, the reverberations within the bus were especially loud and caused significant distress for the delicate jam band pioneers.

“The band is incredibly high right now, and the noise is really freaking them out,” he said. “You may observe the guys from a respectful distance, but please, do not make any loud noises. Phish tends to startle easily.”

The “stoned-to-the-bone” musicians were peacefully moving from one end of the tour bus to the other, according to security cam footage, mindlessly opening and closing their mouths and softly bumping into the seats when fans spotted the parked bus. After several minutes passed without the band acknowledging the fans’ presence, they began tapping the glass to encourage Phish to “do something already.”

“They’re just kinda floating around in there. It’s so boring,” said Phish superfan Skye Bronstein. “I figured, if I tap on the glass, they might pick up a guitar and start jamming or something. But instead, they just stared at me, or hid behind their bubblers.”

After the eager fans left, a distraught Capshaw espoused the difficulties of managing the band.

“Most people think this is easy, but it’s so much work taking care of Phish. You have to feed them, get them fresh water, make sure they have lots of cool stuff in the bus to look at — it doesn’t end” said Capshaw, taking a break from rinsing the bus’s air filters. “If their environment isn’t just right, it can be very damaging for their well-being.”

Despite Capshaw’s best efforts, the stress of the incident was too much for guitarist Trey Anastasio.

“We found him this morning belly-up on top of the bus,” Capshaw said. “He was just sleeping, but still — not a good night for the band.”

Want to show you support for The Hard Times? Click below and pick up a shirt: