Ex-Bandmate Only Texts to Jam at 2 a.m. 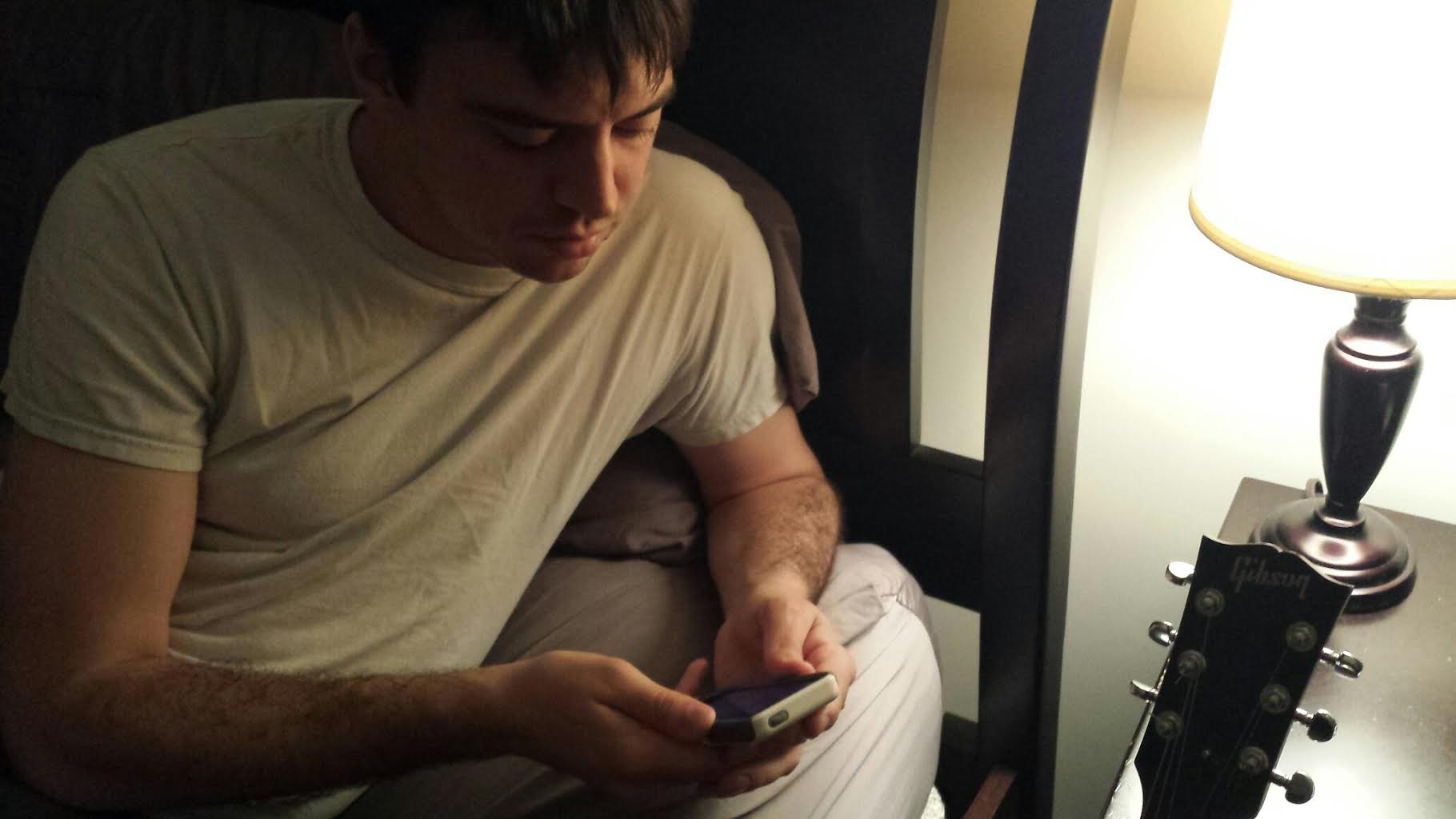 DURHAM, N.C. – Temptation and false hope arose early this morning when bassist Steven Bliss received a text from an ex-bandmate asking to get together and play music at 2 a.m..

Bliss, who left his band Looking In From Without several months ago, has allegedly continued his late-night dalliance with drummer Danny Warner.

“It started out great. We used to jam for hours and spend the rest of the night talking. Now when we’re together, we play half a sloppy Dispatch cover and he falls asleep on the couch in his basement,” Bliss said. “Danny spends so much time soloing — clearly doing stuff only he likes. I haven’t soloed in months. Why do I keep doing this to myself?”

“It’s tough now, but it’ll get better,” Bliss said with hope in his eyes. “Danny says he’s gonna quit the band any month now and we’ll start our own band… together.”

Bliss’ friends have shown concern in the matter. “I told Steven he needs to get out of that unhealthy situation immediately,” said one concerned friend who requested anonymity. “But he keeps making excuses, like, ‘I have too many instruments at Danny’s house.’ Dude, you’re a bass player. Just leave it and learn a new instrument. Hell, that would solve two problems at once.”

“I know I’m gonna end up hurt again,” Bliss explained. “But I can’t help myself when he sends me pictures of him holding drumsticks. We call them ‘stick pics.’ We have so many inside jokes like that. I miss our time together.”

Warner, however, does not believe he is to blame. “Look, I’m just doing what I’m supposed to do,” he insisted. “I’m in my 20s. I should be jamming with everyone I can.”

“Besides, it’s not like the band can take him back,” Warner added. “Did you hear why we kicked him out? He saw our singer talking to another band’s merch guy and he keyed the words ‘band wrecker’ into the dude’s car. He is fucking crazy.”

In light of recent events, Bliss expressed a desire to move on. “Some friends took me to a strip club and me and the DJ got to talking. We’re gonna form a metal band, but with some rap influence. It should be pretty cool!” Bliss said half-heartedly, adding, “He just needs me to front him some cash to get it started, but I’ve got a good feeling this band might be the one.”