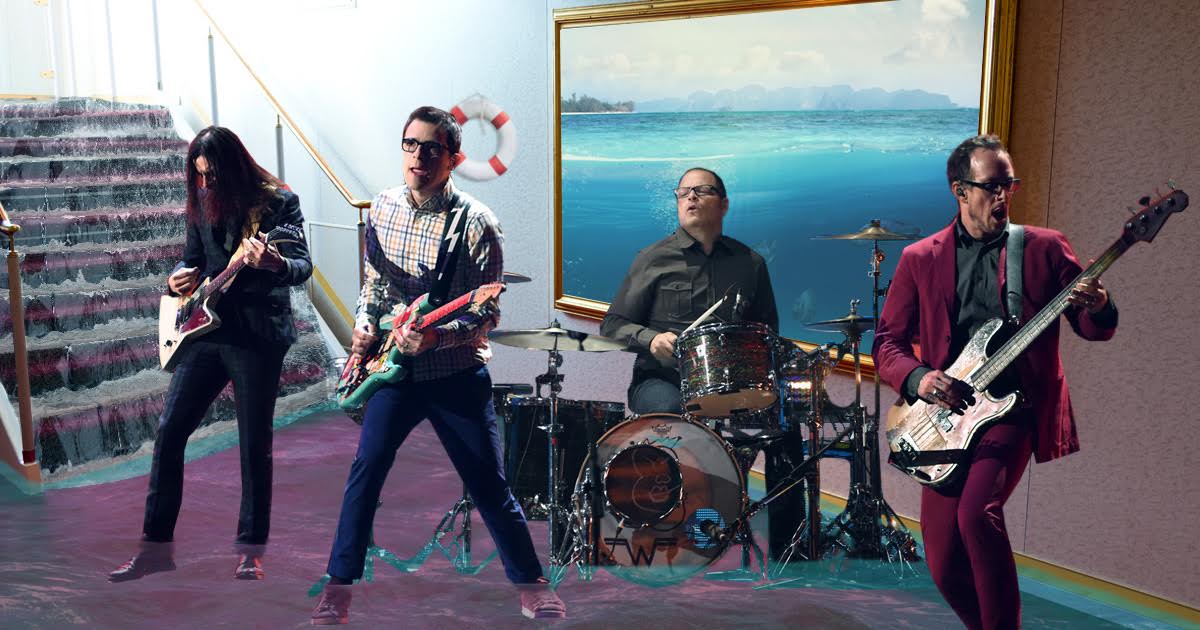 PACIFIC OCEAN — Details continue to emerge about the sinking of Weezer’s luxury cruise ship earlier this summer, with the latest reports indicating that the alternative rock legends continued to play as their namesake ship sunk.

“They made an announcement during their set that we’d struck something and everyone needed to evacuate,” said survivor Blake Gallows. “Lots of people were panicking, but Rivers just kind of nodded at his band and told them what a pleasure it’d been to play with them. When I got on my emergency rowboat, they were in the middle of that really sick buildup in ‘Only in Dreams.’ As much as I wanted to stick around, the water was already up to my knees.”

Maritime investigators believe the cruise ship struck an iceberg, causing many cabins on the starboard side to rapidly take on water.

“According to the ship’s manifest, there are only four people still unaccounted for,” said lead investigator Garret Muckley. “It looks like every member of Weezer went down with the vessel. I just hope to the good Lord above they played ‘El Scorcho’ before they went under.”

Lifeboat protocol calls for women and children to be evacuated first, but organizers were quick to point out that neither women nor children were onboard during the disaster.

“If this were 1996, we could’ve expected a lot of women on board, but thankfully Rivers has alienated most of his female fans through overtly creepy lyrics,” said Weezer fan club president Toby Roberts. “Plus, without women on board, it was a lot easier for everyone to let loose without shame. Before the ship capsized, that is.”

In the wake of the latest report, Weezer fans around the world are expressing their gratitude for the band.

“That’s why we love Weezer so much,” said longtime fan Bruce Davies. “No one commits to something like Weezer. Whether it’s that stupid ‘colored album’ bit or finishing their set on a sinking cruise, you can bet Weezer won’t half-ass anything anytime soon. Besides songwriting, anyway.”

Treat yourself to a brand new shirt from The Hard Times: