Jerry Seinfeld Pitches NBC A Show About Nothing 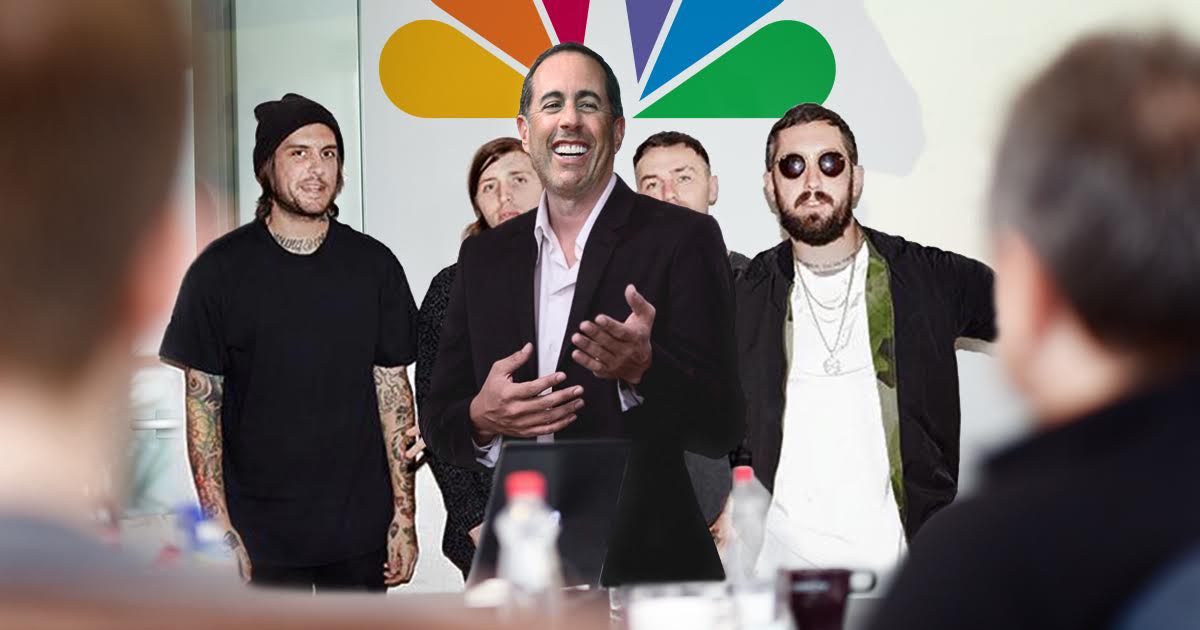 LOS ANGELES — Jerry Seinfeld, co-creator and star of the ’90s hit television sitcom Seinfeld, is reportedly in development talks with NBC Universal for a new show about Nothing, the Philadelphia heavy-dreampop band, according to Deadline Hollywood.

“L.D. and I were just schlepping around New York City, wondering what the hell we were going to do next with our lives. And then, through some twist of fate, we walk in to Saint Vitus to see this band Nothing play on a whim,” said Seinfeld. “And then it struck me: let’s do a show about this! Nothing! The band, Nothing! The show will be about Nothing! It’ll be great!”

The leaked pilot script, titled “Good Dudes, Bad Dudes,” has the band on tour without a place to sleep for the night. “They ask the audience if anyone can put them up after the show. It explores the gaps in society of what this awkward situation entails for a touring band,” said Seinfeld. “Do you buy the host dinner? Is sex involved? Do you leave a note on the fridge?”

Bob Greenblatt, chairman of NBC Entertainment, is working closely with Seinfeld and David to secure a deal within the network. “With Jerry involved, this show has potential to pull NBC out of our ratings slump,” said Greenblatt. “Who wouldn’t watch a 30-minute sitcom about metalcore dudes now dedicated to the shoegaze genre? It’s a great story that even our flyover markets can relate to.”

Beyond the pilot, Seinfeld expressed his enthusiasm for potential story lines if the series gets picked up, including an arc where the band misplaces My Bloody Valentine’s Loveless CD in their van and spends an entire episode looking for it.

“One of my favorites — the band has an altercation with a line cook at Pat’s Steaks in South Philadelphia while improperly ordering a cheesesteak ‘with’ onions,” Seinfeld said. “Also, an episode where the band members bet each other $100 to see who can go the longest without listening to Hum’s You’d Prefer An Astronaut.”