Recently Deceased Punk Icon Was Kind of a Dick 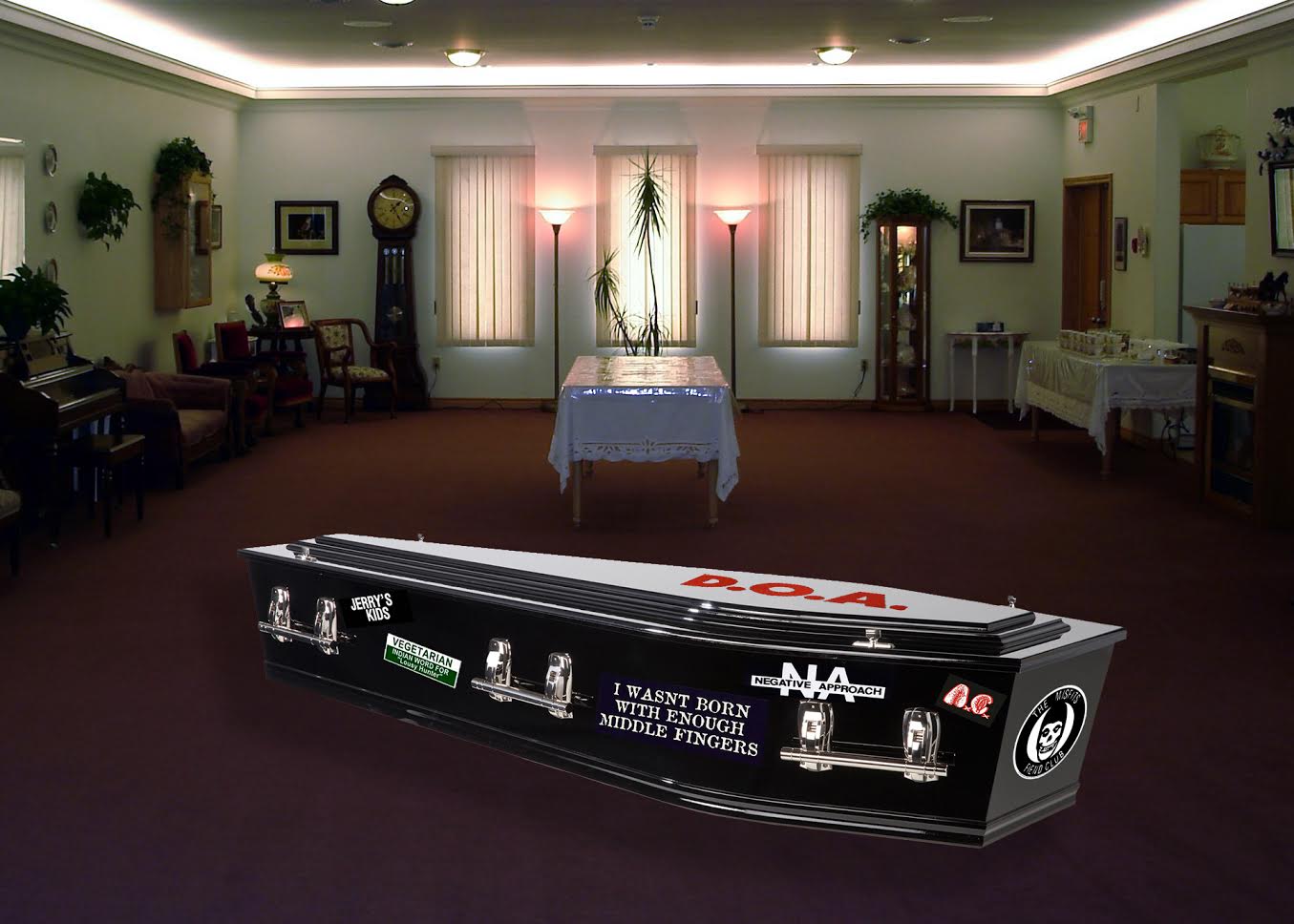 LOS ANGELES – The punk world was shocked by the recent passage of Keith Splat, the lead vocalist of legendary punk band The Splatzz. Friends and family gathered together at his favorite dive bar, The Hen House, to pay tribute to the man most described as “an intolerable asshole.”

“I can’t believe he made it into his 40s, to be perfectly honest,” The Splatzz original bass player Marty Ingram said. “The guy drank like the world was ending all the god damn time. It’s why he wasn’t invited to my wedding.”

Splat was infamous for his antics on and off the stage.

One fan took to Facebook with a story of an encounter with Splat. “I went to see The Splatzz when I was 17-years-old, and he pissed into his dirty boot and then dumped it onto the crowd. After the show, I tried telling him how much the band meant to me and he slapped my hand away and flicked his cigarette butt in my face. He was a true piece of shit.”

Friends and family tried desperately to come up with one story where Splat showed some sort of redeeming quality. The best anyone could come up with was an incident where a dog ran across the street in front of the band’s van and he didn’t make any attempts to run the dog over.

Splat’s ex-wife Julia Romero addressed the people gathered at The Hen House. Onlookers said it was the best she had looked in years.

“Thank you all for coming here tonight and reminding me how worthless this man was. His art was awful, he was a gutter person not worthy of love. Everyone please put down your drinks; getting drunk and mourning him is exactly what he would have wanted. Let’s not give him that pleasure.”