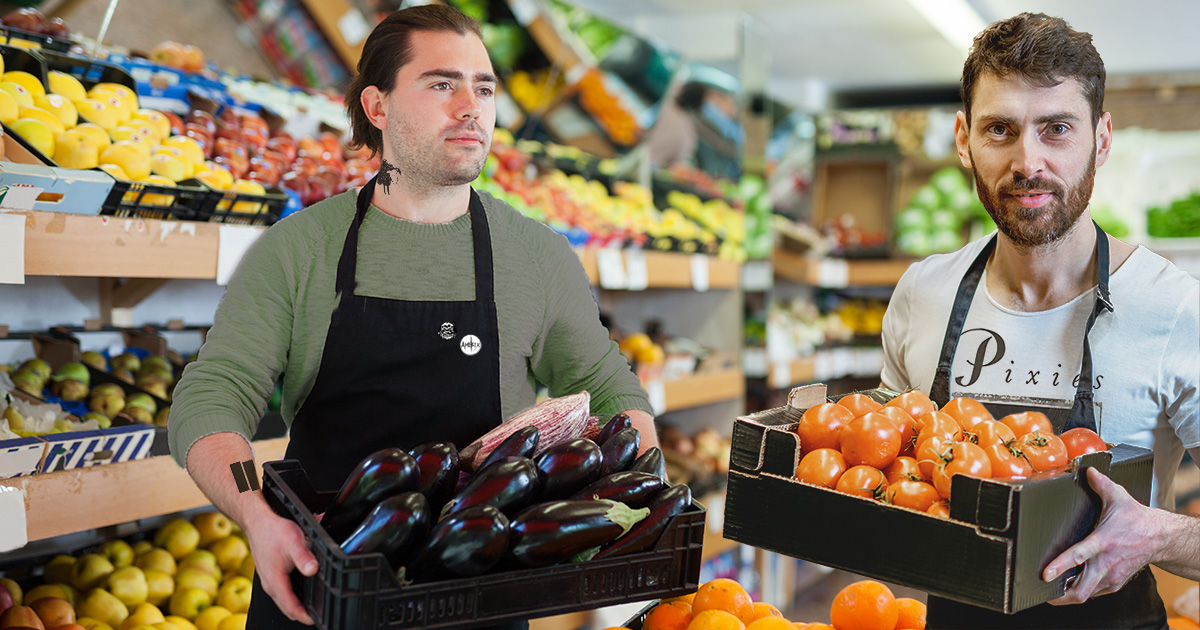 “When I start a new job, I always seek out a punk brother for some real talk and some scheming, but this place has been a desert. I thought I was alone… then this guy Doug [Reynolds] walked into the break room in a Pixies shirt and I almost hugged him. It’s not a cool Discharge shirt, but some people consider The Pixies punk, I think,” said Lorenz. “I saw another promising guy in the meat department, but he ended up being a Five Finger Death Punch fan. I ran back to Doug like a lost puppy. It’s not all bad: we talk The Smiths and other bands my high school English teacher used to listen to. So that’s getting me by. Good thing, I nearly quit.”

While the coworkers have made an uneasy truce, Reynolds is conflicted about the relationship.

“When Dan first came to talk music, it was cool — we like a lot of the same stuff. But now when I show up, I see him notice me from across the store, and I know he’s going to ask If I’ve listened to the playlist he made me of ‘harder stuff’ I should ‘really check out.’ I’ve had to start parking in the back lot and coming in through the freight entrance,” said Reynolds. “I also have to make sure to keep our conversations on music, because if we stray, he starts telling old fight stories and about doing hard drugs in abandoned buildings. He’s so boring.”

“All throughout history we see cultures cling together, but it gets more challenging as you narrow your scope. It would be difficult for Lorenz to find someone who wants to talk for hours about the difference between d-beat and crust, so he’s settled for a basic-ass ‘120 Minutes’ fan. Any port in a storm, I guess,” said Stern. “His other option would be to go it alone: he’d be vulnerable, but stay true. But he sounds like too much of a poser for that shit.”

In related news, Lorenz is currently being viewed as “better than nothing” by an aging skateboarder who works the deli counter after arriving at work in a Hurley long sleeve.