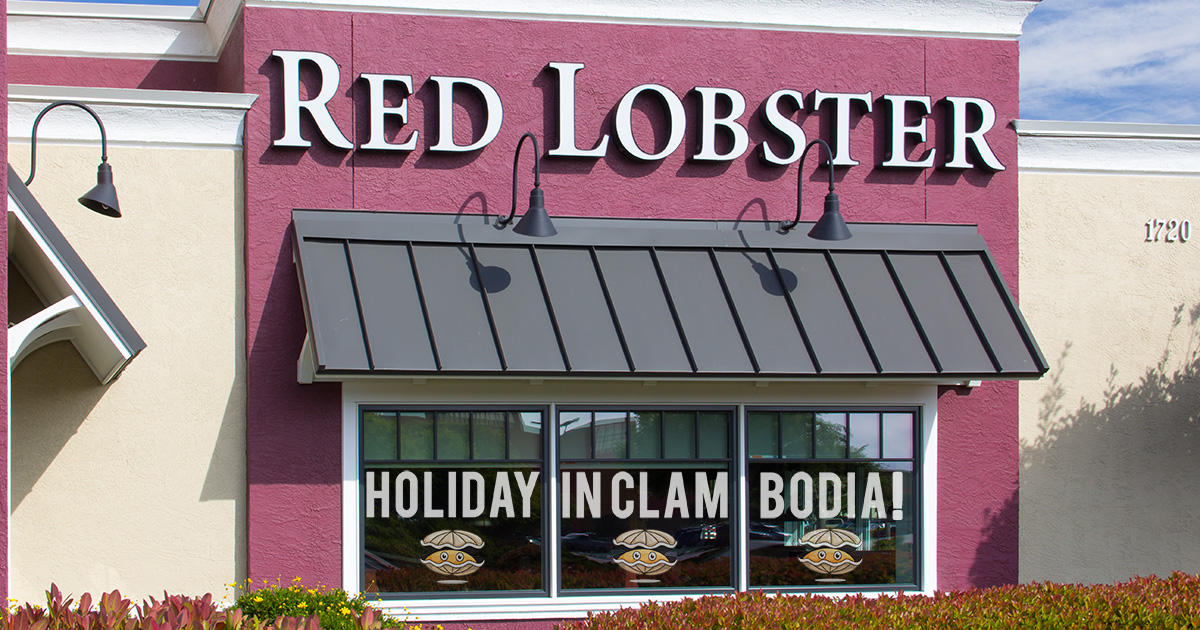 “We are saddened to announce that, after more than fifty years of serving moderately-priced seafood to the American public, we will be closing down every one of our restaurants still in operation,” said Red Lobster spokesperson Regina Fleck, in a press statement released earlier today. “Clearly our recent promotion was not well executed, and with the damage it has caused we feel it’s best for everyone involved if maybe our business just completely stopped being a thing anymore. Our thoughts and prayers go out to the thousands of seafood aficionados still in intensive care with acute shellfish dysentery.”

Red Lobster patron Sheila Ross described her experience at the promotion as “a harrowing nightmare akin to the killing fields themselves.”

“My god. The clams. Those horrible, horrible clams,” muttered Ross through a withering thousand-yard-stare. “You hear these stories from soldiers returning from war, but you never truly believe man’s inhumanity to man until you witness it for yourself. How can I go on now that I know exactly how much chowder a human chest cavity can hold? Sweet Jesus, it was so much chowder!”

“The Dead Kennedys brand has never been afraid of a little controversy, and that’s all this is. Sure, the promo could have been handled a little better, but I’m sure we’ll have plenty of opportunities to get this right at some point,” explained Ray after confirming that the check he was written by Red Lobster would still be honored. “We’ve already been tossing a few ideas around over at DK headquarters. How about this: we do a joint event with Coldstone Creamery and call it ‘Chill the Poor.’ Get it? Chill… like instead of kill? I’m just spitballin’ here.”

At press time, Red Lobster’s legal team was finalizing its out-of-court settlement for the class action lawsuit filed against them, dubbed by the media “Clam-gate.”