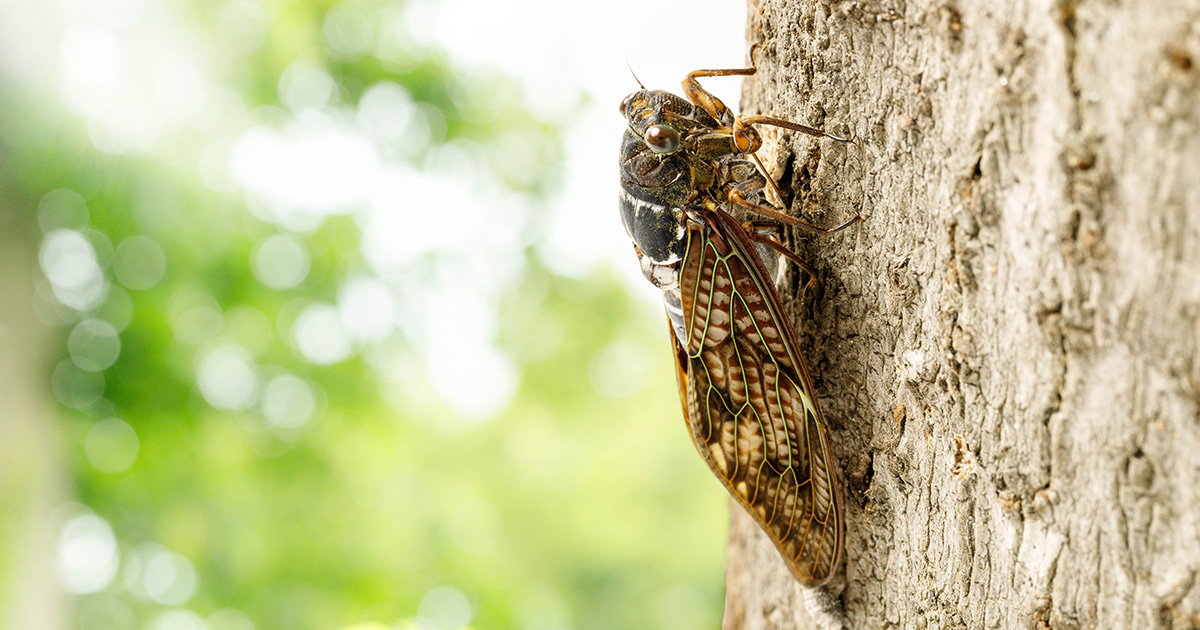 BLOOMINGTON, Ind. — Punk legend and resurrected Brood X cicada Titus Umbilicus emerged from the earth this week extremely late and hungover despite the fact that he should be dead.

“Goddammit, how much did I have to drink in 2004? Uggghh, I feel like shit,” Umbilicus remarked while trying not to puke up the Gatorade he slurped off a nearby picnic table. “I remember falling into a Solo cup of Natty Light at a college graduation party. I drank my way out to survive, but then I fell into the Jell-o shot next to it, for fun. Last thing I remember was just sort of hanging out and talking about D-beat and the imperialist invasion of Iraq. At the end of the night, I guess I crawled back underground and sorta passed out.”

Newly hatched Brood X cicada Taylor Thorax was furious at the elder cicada for showing up late and not doing his part for the greater good of the species.

“I get that he’s hungover or whatever, but Titus had the last 17 years to nurse this hangover. He’s actively wasting his last chance at a good life,” Thorax vented while also making the longest and shittiest mating call in all of nature. “Look at him now, I mean, he’s watching daytime Comedy Central through a window for fuck’s sake! Titus is supposed to be sucking on tree sap and starting a family like everybody else, but partying is preventing him from attracting a suitable mate and living a long, happy five-week life above ground. Honestly, everybody in the chorus is worried he’ll never figure it out.”

Entomologist Dr. Kimmie Sellers said she believes the rare cicada demonstrates an enhanced immunity to alcohol and resistance to aging that could eventually have implications for human life.

“Even for creatures that spend nearly two decades underground, this is highly unusual,” Dr. Sellers said while observing the hungover cicada smoking weed from an empty can under an oak tree. “This kind of behavior should be killing him, but it isn’t. It’s almost like the continued exposure to loud music and fun kept this creature physically younger and mentally happier than its peers. It seems we have a lot to learn from this strange insect.”

As of press time, Titus Umbilicus was last seen sharing leftover bits of a breakfast burrito in the bottom of a Miller High Life bottle with three other socially-ostracized insects.