Have Heart Starts Set on Drum Riser Due to 9,000 People Sitting on Stage 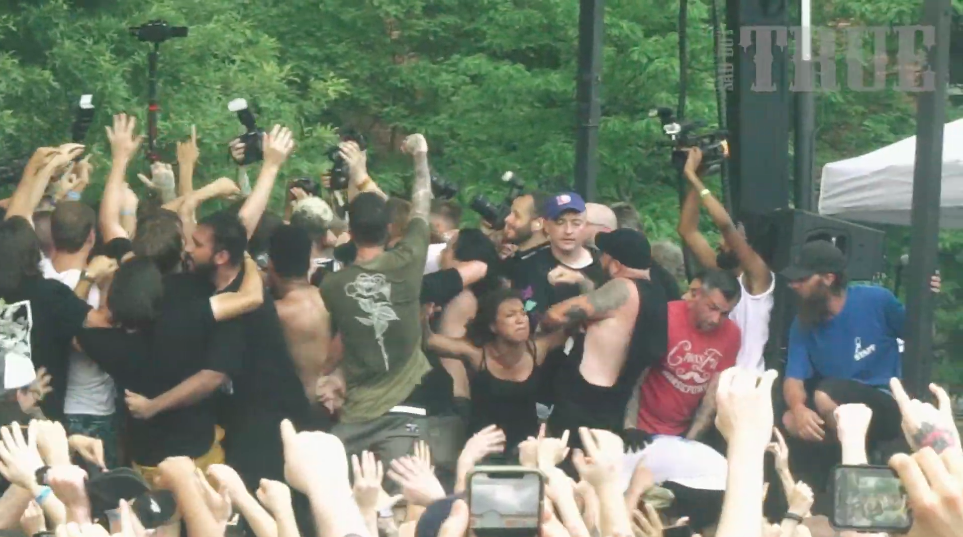 LOS ANGELES — Have Heart were forced to play within the cramped quarters of the drum riser because of roughly 9,000 “of their closest friends” taking up all the space on the stage, several witnesses recording the show on their cell phones confirmed.

“I can’t believe I am here to witness such an important reunion and I got one of the best seats in the fucking house,” said longtime fan Jesse Arnowski while squatting behind the bass cab. “When they play ‘Watch Me Rise’ I am going to lose my fucking shit. If there is any chance of me finding the front of the stage I am going to dive like a mad man, but for right now my spot is the only place that seems to have a decent supply of oxygen.”

Members of the band were not concerned by the crowded stage.

“Thank you for making it out,” said vocalist Pat Flynn from behind three shirtless men. “Shout out to my dude Kei, who is somewhere in that pile of photographers over there. It’s so great to have the entire B9 board on this stage that is typically reserved for bands. I think we still got room for another couple hundred people up here, so if you know the words join us.”

As of press time Have Heart spent seven minutes of their allotted one hour set playing music and another four hours plugging their gear back in as dudes constantly bump it.