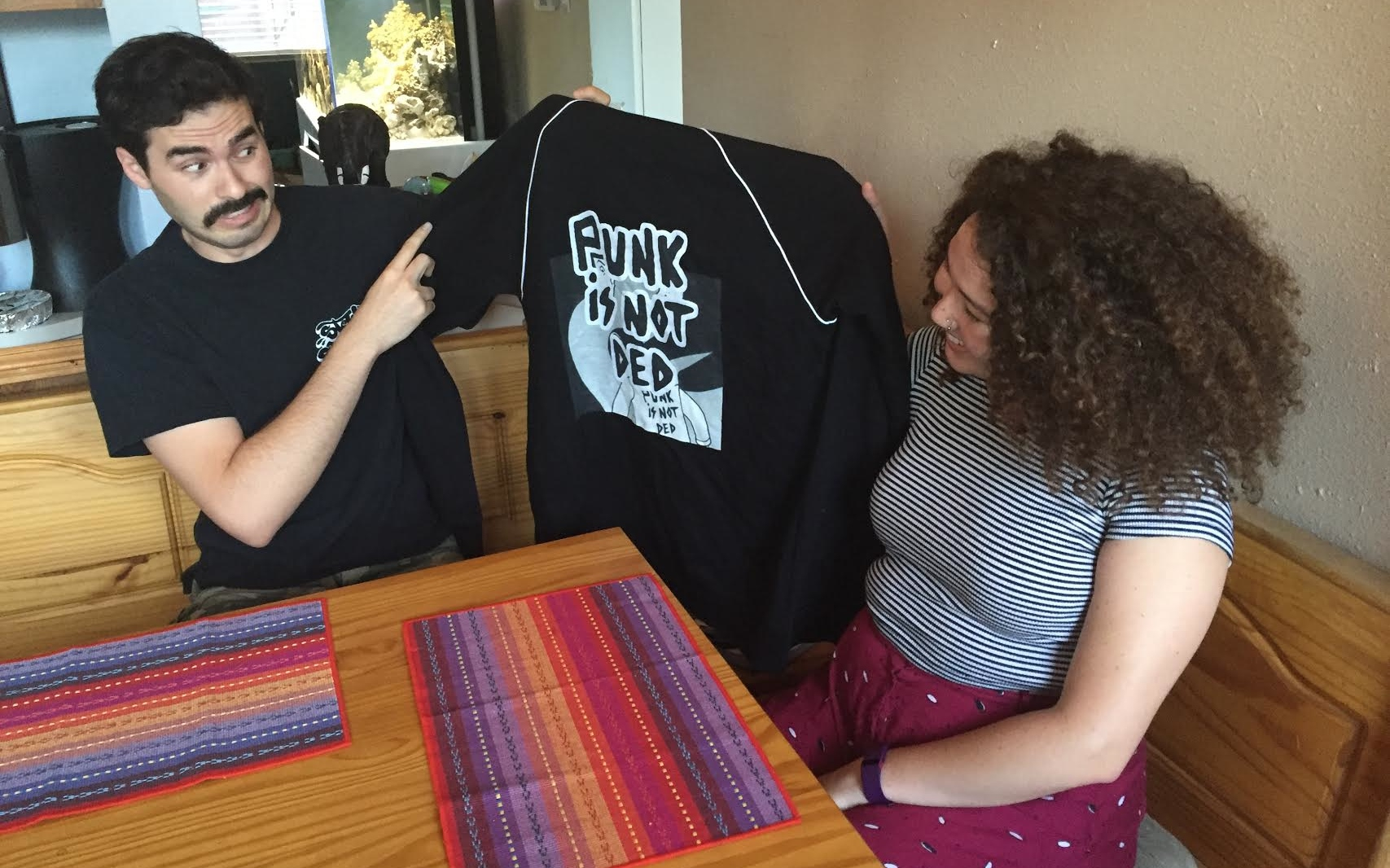 SANTA CRUZ, Calif. — Local normie girlfriend Amanda James unveiled a bizarre, somewhat punk-themed arts and crafts disaster of a birthday present today, confirmed sources looking for a spot in the closet to hide it for the rest of eternity.

The gift, made with love, care, and copious amounts of glitter glue, provided a unique insight into James’ perspective of what constitutes punk style based on her relatively new boyfriend’s long, nearly incomprehensible rants during long car drives.

“Mike [Hammerstein]’s the best. I’ve never been with a man confident enough to treat me with so much respect and not be intimidated by my career and life ambitions,” James said. “Which is why I wanted to show him I care about his stuff, too, and made him this sweatshirt that says, ‘I do it for the scene. I do it yourself. Punk is not dead.’”

She added, “I wanted to make it as colorful as his personality — his wardrobe is almost exclusively black and white clothes. Plus, it’s got a little cartoon of a mosh pitter, and it has the roman numeral sign for ‘10’ on it, too. Mike loves those,” she said confidently. “He’s the perfect 10 for me.”

The shockingly off-base display of love and affection, hand-crafted to specific misunderstood interests of James’ boyfriend, received quite the reaction, according to several nearby normie sources who also couldn’t tell how just plain wrong it was.

“Oh… great. Yeah. Thanks,” Hammerstein, James’ boyfriend, reportedly said as he unveiled the horrifying misinterpretation of everything he cares about. “No, yeah… that’s… yeah.”

As of press time, Hammerstein is reportedly having an internal debate as to whether he is expected to wear the sweatshirt on his first trip to meet James’ parents.