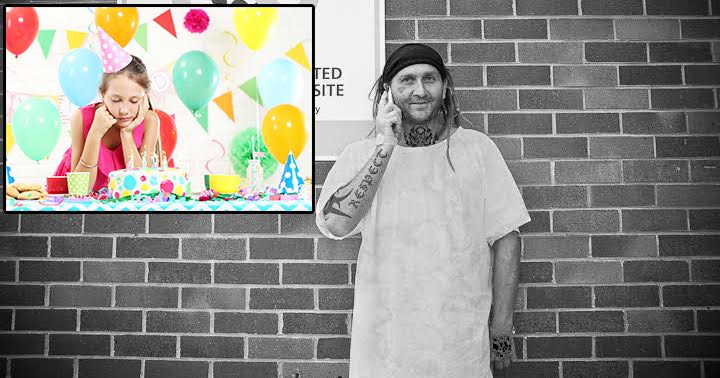 “Yo, I just can’t stand to lose my ass on another bullshit party,” said Fordham before attempting to return a custom-inscribed cake. “I’m not here to run a charity — I supply the venue and I have all the liability. If some kid breaks their dumb leg in a bounce house, it’s my dick on the line.”

The birthday party for Courtney Fordham, soon-to-be 13 years old, was planned for Saturday evening in the backyard of Fordham’s suburban home. Sources confirmed that most of her middle school classmates were invited but few had the allowance to spare, and the total income failed to cover overhead costs.

“It’s hard enough to get my friends to come to a birthday party at 11:15 p.m., especially when my dad only gave me two spots on the guestlist,” the younger Fordham said, holding up a roll of pink “Admit one” tear-off tickets. “But $12 per person, plus a two-drink minimum? My friends aren’t even old enough to drink.”

“My daughter can do whatever she wants on her own turf, but if she wants to have a birthday party in this backyard, she needs to put in enough effort to sell the minimum,” Mr. Fordham said, deflating a blow-up pool with his boot. “This is a great lesson. Maybe she’ll get to work on her 14th birthday party promotion early.”

After he finished putting things away, Mr. Fordham lit a damp Black & Mild and grew reflective.

“You know, I pulled off a legendary dinner party at this place back in ’05 for my sister’s wedding anniversary. Sickest event this little town had ever seen,” he said, looking wistfully at his wooden backyard privacy fence, covered in graffiti from previous small gatherings. “Kids these days just don’t know how to hustle.”

When asked whether the guests would receive refunds for purchased tickets, Froggy spit into the dirt. “This scene is dead,” he mumbled.