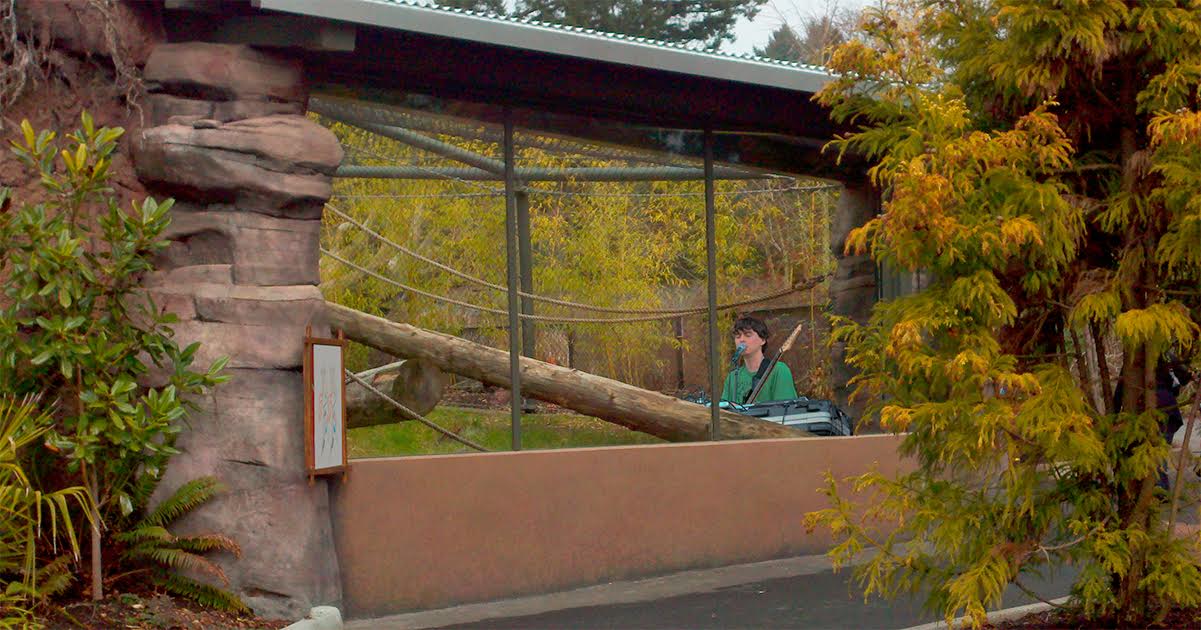 “It’s not unusual to have some growing pains when introducing a new inhabitant,” said head zoologist Veronica Hanson. “We’ve given him everything he needs to be comfortable — toys, plenty of bamboo… but he refuses to interact with the other pandas. He just cowers in the corner each day, and keeps grunting a noise that sounds like ‘synth.’ It really is quite perplexing.”

“It can be quite a challenge to get the females interested in a male… and when they signaled they were ready to mate, everybody at the zoo got really excited,” said Hanson. “But every time he was approached, he’d scream and throw mixtapes to scare them off. It really is a disappointment. He needs to mate to keep his species of electronic neo-psychedelic artists alive.”

Unfortunately, visitors of the zoo are also complaining about the exhibit.

“The weird-looking one wouldn’t stop yelling. I think he told us to call the cops,” said 8-year-old Dylan Black. “He kept trying to climb the glass walls and hiding in the corner. He’s so boring.”

At this point, handlers are unsure about the future of Panda Bear.

“There’s only so long we can listen to him yell what sounds like, ‘I am a man and my name is Noah and I am in a band called Animal Collective and I am not a bear,’” said zoo chairman Robert Horsman. “We haven’t had this much trouble since we accidentally put Seal with the killer whales.”